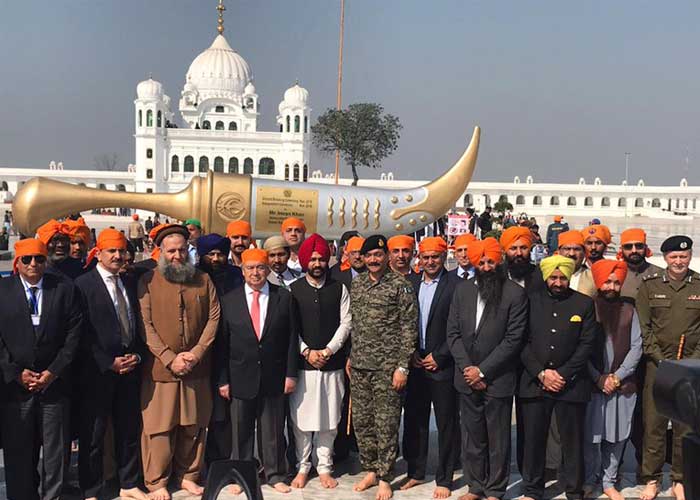 Pakistan’s Minister of Religious Affairs Pir Noorul Haq Qadri and other officials accompanied Guterras on the visit, during which the UN chief was briefed on the Kartarpur corridor.

Guterres said that the opening of the Kartarpur corridor is a “practical proof of Pakistan’s desire for peace and interfaith harmony”, Radio Pakistan reported.

Guterres also visited the community kitchen (langar) at the gurdwara, where he was served a traditional meal of rice and lentils. The kitchen caters to all Sikh pilgrims visiting the religious place, providing them free meals as per the Sikh tradition, Dawn reported.

The 4.1-km-long Kartarpur corridor has been built from Dera Baba Nanak town in Gurdaspur distict of Indian Punjab to Darbar Sahib gurdwara in Pakistan. It was inaugurated on November 9 last year to coincide with the celebrations related to the 550th birth anniversary of Sikhism founder Guru Nanak.

Gurdwara Darbar Sahib, the final resting place of Guru Nanak, is situated on the west bank of river Ravi in Shakargarh tehsil in Narowal district. It is around 125 km from Lahore.

Up to 5,000 Indian Sikhs have been allowed access daily through the corridor, with plans to eventually double the capacity.

Earlier on Tuesday morning, the UN chief also visited a school in Lahore where he administered polio drops to children.  (Agency)