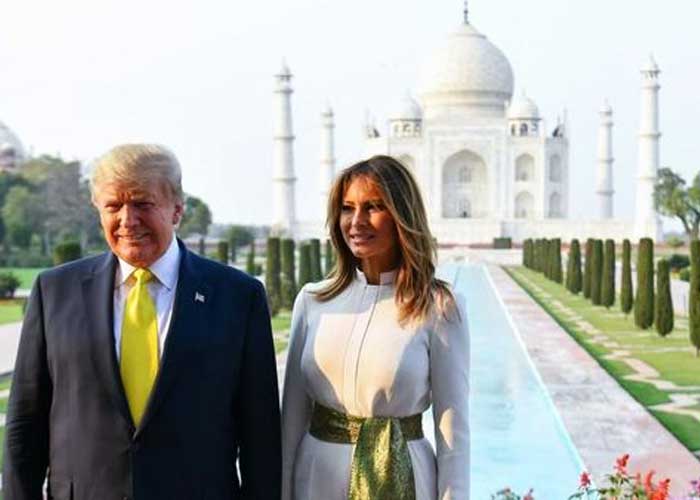 The 79-vehicle cavalcade including the US President’s luxurious ‘Beast’ crossed the 13-km stretch from Kheria airport here to the 17th century monument in about 25 minutes.

However, the US President then took the battery-operated cart to reach the premises of the Taj.

The US First Family will spend over an hour at the historic building, which was constructed by Mughal emperor Shah Jahan in memory of his wife Mumtaz Mahal.

Following the visit of the US President, the Taj has been decked up in the last one week, as a fresh mud pack was applied to its walls.

Even the mausoleum of the historic monument has been cleaned in view of the high profile visit.

This is Trump’s first state visit to India and also the first standalone visit by a US President to India.

Following the visit of the Trumps here, the city has got a massive facelift.

The administration has put up huge billboards, placards, cut-outs and posters welcoming the US President and his wife.

The 13 km route from the airport to the Taj has been spruced up aesthetically and the US and Indian flags have been put up at roundabouts to give the area a festive look.  (Agency)