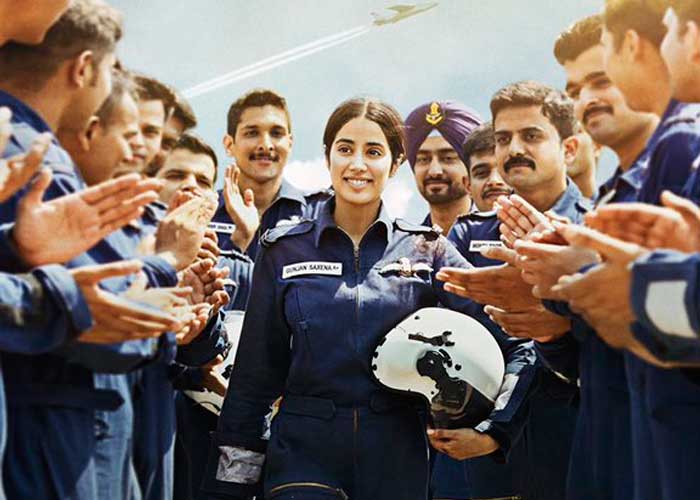 Karan Johar, who produces the project, took to social media on Thursday and unveiled the official posters of the film.

“With unabashed courage and bravery, she made her domain in a man’s world. Gunjan Saxena – ‘The Kargil Girl’, releasing on March 13, 2020,” Karan captioned the poster.

Janhvi will be portraying Saxena, who entered the war zone during the 1999 Kargil War, and in the poster, the actress is seen in her uniform, walking among a crowd of male colleagues who are clapping.

Janhvi too shared a couple of posters of the film. In one poster, she is seen hugging her co-star Pankaj Tripathi, who plays her father.

“Meri beti ki udaan koi nahin rok sakta (no one can stop my daughter from flying high),” the poster reads.