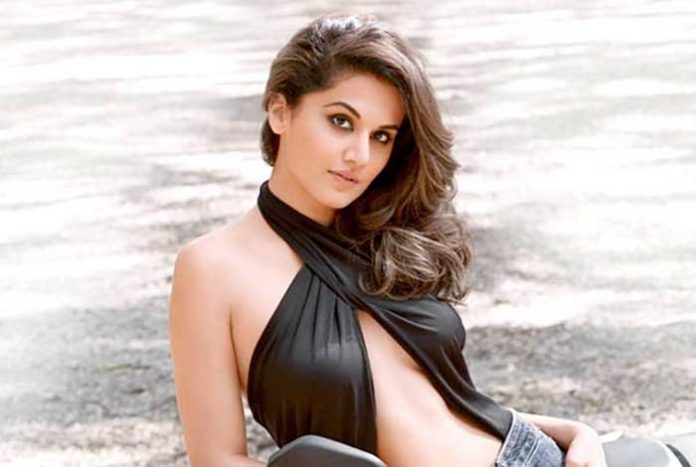 Bollywood actress Taapsee Pannu feels like a sandwich stuffing when she found the poster of her upcoming film ‘Game Over’ between ‘Bharat’ and ‘Men In Black International’ that features Salman Khan and Chris Hemsworth respectively.

As the film ‘Game Over’ is releasing on June 14, the director of the film Ashwin Saravanan shared a picture where the poster was placed between the two other film posters and wrote ‘Sight to behold!A #GameOver #GameOverFromJune14’.

Replying to the tweet, Taapsee wrote, “I feel like a sandwich stuffing! And my expression on the poster shall validate that!”

While ‘Bharat’ has released on June 5, on the occasion of Eid and already running in the theatre successfully, ‘Men In Black International’ will be releasing on June 14, clashing the date with Taapsee’s film release.

Therefore the actress is going to face a tough competition at the box office with one Hollywood film and a big canvas Bollywood film.

‘Game Over’ is releasing in three languages – Hindi, Tamil, Telugu and the Hindi release of the film will be presented by filmmaker Anurag Kashyap.  (Agency)