Home National Sure this too shall pass & we will reach normalcy: Deepa Malik 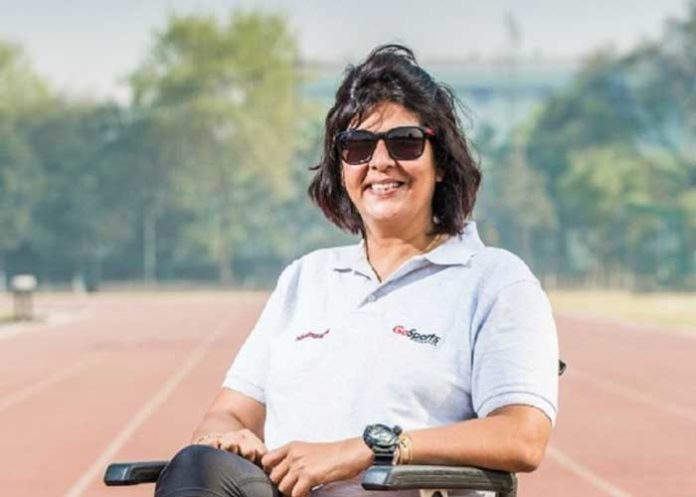 The postponement of the Tokyo Paralympics is a rare positive news that has come for the para-sports community in India in what has otherwise been a gloomy period. Paralympic Committee of India (PCI) President Deepa Malik has even described the development as the “best news I have ever heard in my sports career.”

The 2016 Rio Paralympics silver medallist said that postponement gives the athletes something to work towards over the next one year whereas a cancellation would have meant the wait for the Games would have been extended by four more years.

“If it was cancelled then there would have been an eight-year gap in any athlete’s career,” Malik told IANS.

“Especially those who missed (a medal in the previous Paralympics) by centimetres and we had two or three athletes who finished fourth and then went on to win medals at the following World Championships. If they missed out on a medal in 2016, they will still be prospects four years later but eight years later in severe disability categories (is too long). That’s almost a decade.”

India’s para-sports administration has been in limbo due to the Sports Ministry’s de-recognition of the PCI. With the election of the new committee headed by Malik being ratified by the Delhi High Court, it was on its way to regaining recognition when the outbreak of the coronavirus pandemic brought the process to a halt.

Another fallout of the pandemic has been that the PCI was forced to cancel the 19th National Para Athletics Championships along with all other state level events.

Malik admitted that the lack of tournaments is a major blow to athletes for whom they are a source of income.

“Unfortunately even last year, the athletes did not get a national event to participate in under the previous setup. Since the nationals didn’t happen, there were no cash awards.

“They are a huge support for the athletes. This year also we had to call off the nationals. So for two years now my athletes have not got a national championship to participate in.

“I wish it had happened last year, I don’t know why it didn’t happen. But this year we made a very honest effort to hold the nationals. We were also trying to make it an IPC (International Paralympic Committee) approved qualifier and thus give the athletes a chance to qualify for the paralympics. Unfortunately all of that did not happen because of this.”

She also said that there have been no discussions thus far on how to plan the national calendar or about potential qualifiers for the Tokyo Paralympics. Originally scheduled to take place from August 25 to September 6, 2020, it was postponed to August 24, September 5, 2021.

“That discussion hasn’t happened as of now because the situation all around the world remains the same. I guess until a WHO advisory comes out and people are allowed to travel, it remains a wait-and-watch situation,” said Malik.

She said that for now, the PCI is trying to stay in touch with athletes and she herself is staying optimistic.

“I’m keeping my fingers crossed, I’m a very optimistic person, that is what has brought me here till now. I never give up hope and as the leader of the clan I cannot give up hope. I definitely want my athletes to hope and continue their fitness regime in whatever way they can. I am sure this too shall pass and we will reach normalcy.”  (Agency)