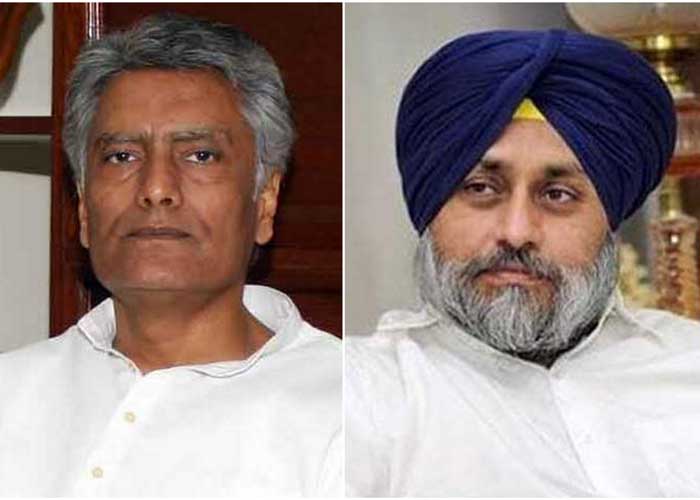 “When you (Sukhbir) describe BJP anti-farmer and anti-poor in the election campaign in Haryana, how the saffron party can be termed as pro-farmer and pro-poor in Punjab and at Center where SAD has alliance with the BJP, he asked, adding that SAD leaders condemned BJP in Haryana for its policies but appreciate the Central government run by the same party.

In a statement issued here today, Mr. Sunil Jakhar said that it was a strange that on one side SAD president calling the Haryana voters to root out the BJP government from power in state, while on other hand SAD is partner in NDA at center and enjoying ministerial berth in union cabinet.

It may be recalled that in the recent statement, Mr. Sukhbir Singh Badal, in Haryana, where his party is contesting against the BJP, had appealed the voters to exclude the anti-farmer and anti-poor BJP government from power in the state.

Sunil Jakhar said that if the BJP’s policies are anti-farmer and anti-poor in Haryana then why the Akali Dal ran the government for 10 years in the Punjab with the BJP and still partner in the same BJP government at the center for the last five and a half years.

Mr. Jakhar said that of course BJP’s policies are anti-farmer and anti- poor, but does not the SAD leader see these anti-people policies while enjoying power in the union government. He said that the Akali Dal should make its position clear about its relationship with the BJP.

The President of the Punjab Pradesh Congress Committee further said that in fact the people of Punjab had completely rejected the Shiromani Akali Dal in the 2017 Vidhan Sabha elections and the 2019 Lok Sabha elections.

“As people of Punjab totally rejected the SAD from Punjab Politics, so now SAD supremo wants to gain some political space in adjoining state to run his ethic-less politics”, he added.

However, he further said that people of the neighboring state are well aware of the truth of the SAD’s miss-rule in Punjab, during which the youth of Punjab was swallowed up by drugs and the economy of the state was collapsed.

Referring to the by-elections of the four assembly constituencies being held in the state of Punjab, the Congress state president said that his party has come to the polls based on the performance of its government led by its Chief Minister Capt. Amarinder Singh.

He said that in all four constituencies, the Congress party candidates would win with big margin because people know that the Captain’s government is constantly working for the betterment of the people of the state. He said that the state government has tried to save the peasantry of the state through the waiver of peasant loans.

In addition, serious efforts have been made to protect the youth from drug addiction. In order to create employment opportunities for the youth, investment is being made in the state as only new industries can create jobs for our youth.