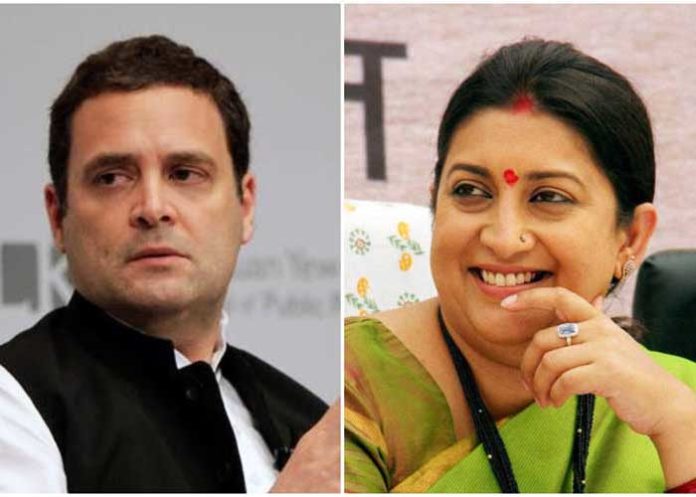 Known for her sassy responses to her opponents on social media, Union Minister Smriti Irani yet again took a jibe on Congress leader Rahul Gandhi on Monday.

Soon after the Supreme Court’s decision that stated women officers should get permanent commission in the armed forces, Congress leader Rahul Gandhi tweeted, “The Govt disrespected every Indian woman, by arguing in the SC that women Army officers didn’t deserve command posts or permanent service because they were inferior to men. I congratulate India’s women for standing up & proving the BJP Govt wrong.”

To which Irani responded in her tweet in both Hindi and English and called Gandhi “Begani shadi mein Abdullah Deewaney”.

She wrote, “Adarniya Begani Shadi mein Abdullah Deewaney, It was PM @narendramodi Ji who announced Permanent Commission for Women in Armed Forces, thereby ensuring gender justice & @BJPMahilaMorcha took up this issue when your Govt. twiddled its thumbs. Ask your team to check before tweeting.”

Insisting on shaking-off typical arguments founded on the physical strengths and weaknesses of men and women, the Supreme Court in a landmark judgement on Monday said the delay in granting permanent commission (PC) to women officers has caused “irreparable prejudice” to them.

A bench comprising Justices D.Y. Chandrachud and Ajay Rastogi, said: “Short Service Commission (SSC) women officers, both within the period of fourteen years’ service and beyond, should equally be entitled to consideration for the grant of PCs.”  (Agency)