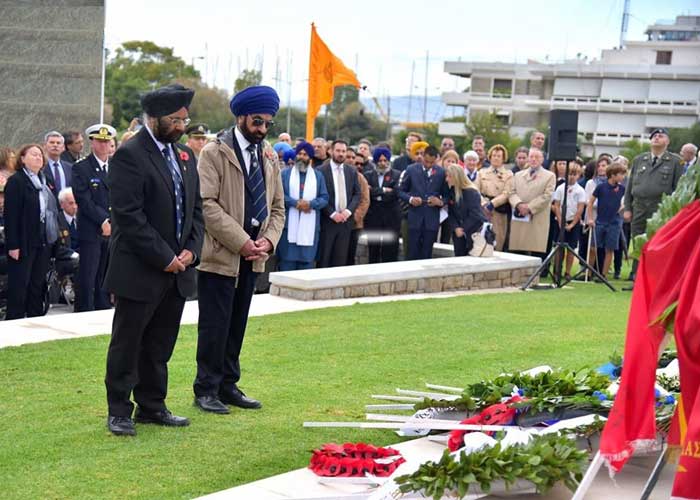 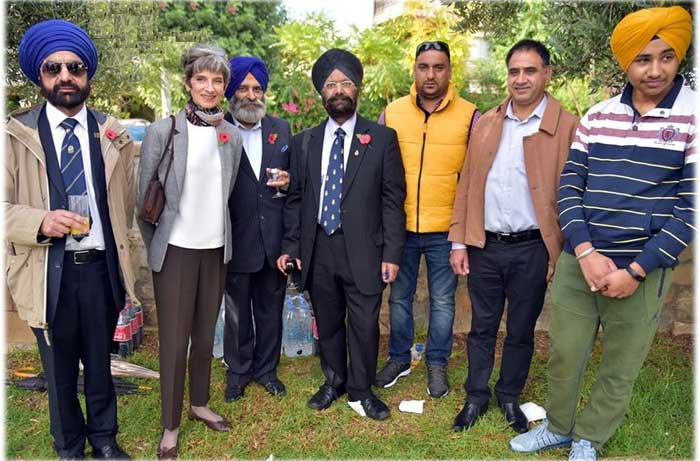 Alimos (Greece), Dec 4, 2019 (Yes Punjab News)
Sikhs and other communities from across Greece, visited the Phaleron War Cemetery in Alimos, Greece in November 2019 to pay tributes to Sikh and Allied Soldiers who were killed in the 2 World Wars. The event was organised by the British Embassy in Athens, Greece.

This cemetery has two main memorials, the Phaleron Cremation Memorial, commemorating Sikh servicemen who died during the campaigns in Greece and Crete during the Second World War and were cremated and the Athens memorial, commemorating members of the land forces of the Sikh regiments who lost their lives during the campaigns in Greece and Crete, and the Dodecanese Islands and in Yugoslavia, who have no known grave.

This was the second successive year that the Sikh Community & Youth Service UK and other Sikh organisations from Greece were officially invited to this remembrance ceremony by the British Embassy in Athens, Greece. There was a large congregation from the Sikh community who attended alongside the representatives from the Sikh organisations.

There was a special service which was organised by the Sikh Community in conjunction with the British Embassy at 11.30am and held to remember the Sikh Servicemen at the Phaleron Cremation Memorial, this was attended by Ms Claire Douglas, British Consul to Greece.

This was followed by the main remembrance ceremony at the Athens Memorial which began with an introduction by British Defence Attaché, Captain Tim Ferns, Royal Navy. The remembrance service was led by Revd Canon Leonard Doolan. The remembrance event was very well attended by consular representatives from many countries from across the world and there was also a representative from Israel who attended the event.

There were also members of the Diplomatic Corps and the Armed Forces and also veterans in attendance. Young people from the St Lawrence College and 1st Athens Brownie Pack were also in attendance, Caroline Makropoulos from the Defence Section of the British Embassy in Athens, Greece who was in attendance on the day helped to organise and co-ordinate this remembrance event.

The event was also attended by prominent members of the Sikh Community from the UK and Greece, including Dal Singh Dhesi Chairman of the Sikh Community & Youth Service UK and representative of the Sher-e-Punjab UK and Greece, Ranvir Singh Virdi from the Ramgarhia Council UK, Hazara Singh, President of the Sikh National Federation of Greece, Harmesh Singh, President of the Indian Group Team, Jagparvesh Singh Viktor Gkarm, honorary founding president of 3 organisations in Greece, Sri Guru Nanak Darbar Gurdwara in Tavros, Athens, Sikh National Federation of Greece and the Indian Group Team. There were many other members of the Sikh community who paid their respects at this prominent remembrance service in Greece.

Jagparvesh Singh Viktor Gkarm addressed the audience at the event and traditional Punjabi food and refreshments were provided for everyone attending by the Sikh Temple in Menidi and the Indian Group after the remembrance ceremony.

Dal Singh Dhesi, Chairman of the Sikh Community & Youth Service UK, thanked the British Embassy in Athens, Greece for organising the remembrance event and inviting members of the Sikh community to attend and praised their efforts to enable more Sikhs from across Greece to pay their tributes to Sikh and allied soldiers who sacrificed their lives for Europe’s freedom. 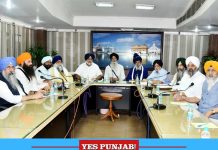 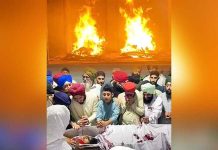 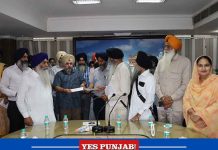