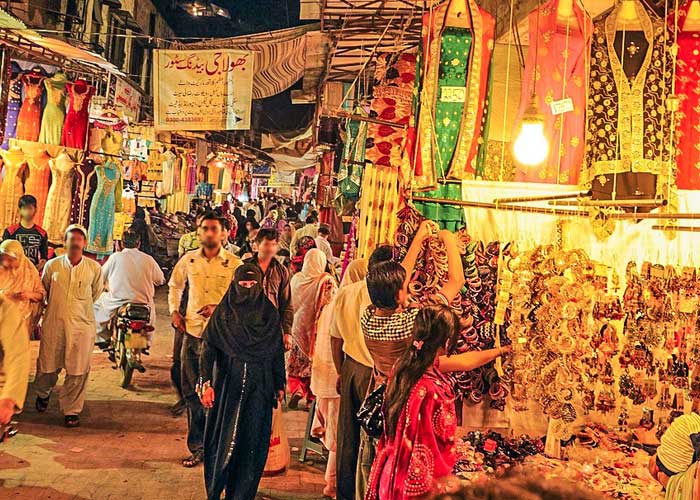 Sikh pilgrims from across the globe are pouring into Lahore to mark the 550th birth anniversary of Guru Nanak Dev, founder of the Sikh religion. The famous pilgrimage place of Sikh religion, Darbar Sahib Gurudwara believed to be built at the site where Guru Nanak died, is in Punjab province of Pakistan and most of the Sikh pilgrims coming from foreign countries have arrived early. They are busy shopping in the markets of Lahore, capital of this province.

The birth anniversary of Guru Nanak Dev will be celebrated on November 12.

The Sikh pilgrims can be spotted in the main markets like Anarkali Bazaar, Delhi Gate, Azam Cloth Market and many such markets. According to Express News, a group of Sikhs from Britain got almond oil extracted in front of them. The women were seen purchasing Punjabi suits and shoes.

Sahab Singh, a group member, said that he had been hearing since childhood that those who have not seen Lahore have not lived. Today, this desire has been fulfilled.

Ramdeep Kaur said that she has dual citizenship of India and Britain but dry fruits in both the countries are expensive whereas they are cheap in Lahore. I got to know that here they extract the almond oil naturally. I have purchased that, she added.

The pilgrims visited the gallery and museum at Lahore Fort. Many of them also took a selfie with the statue of Sher-e-Punjab Maharaja Ranjit Singh.

The Pakistan government and the Pakistan Gurudwara Management Committee have made arrangements to lodge and feed almost 50,000 Sikh pilgrims.  (Agency)