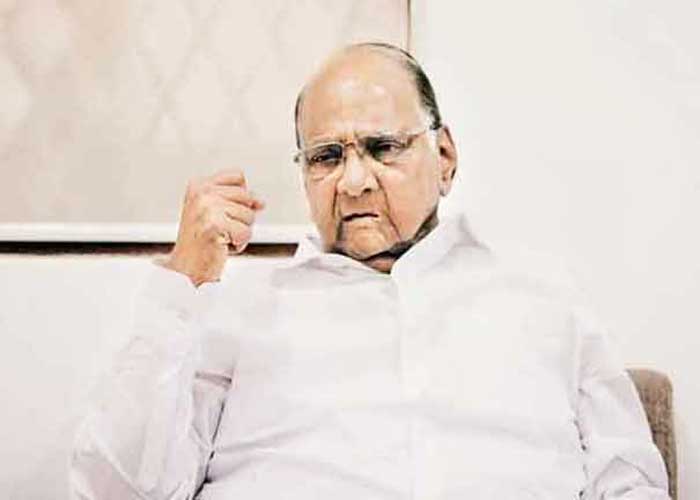 Osmanabad (Maharashtra), Oct 19, 2020-
In a direct attack on Maharashtra Governor Bhagat Singh Koshyari, Nationalist Congress Party President Sharad Pawar said on Monday that “anybody with self-respect” would not continue in the post.

Replying to a question on the recent ‘letter-war’ that erupted between Koshyari and Chief Minister Uddhav Thackeray, Pawar said: “Anyone with self-respect will not continue in the post. Who are we to make any demands (for his removal).”

He pointed out that even Union Home Minister Amit Shah had taken umbrage at Koshyari’s letter to the CM by making it clear that the use of certain words could have been avoided by the Governor.

“After Shah’s statement, anyone with self-respect would take a call on whether to continue in the (Governor’s) post,” said Pawar, a week after the letter war fuelled the uneasy relations between the Maha Vikas Aghadi government and the Raj Bhavan.

In fact, Pawar had last week shot off a letter to Prime Minister Narendra Modi complaining about the Governor and later Shah made the statements expressing his displeasure over Koshyari’s language.

The NCP chief’s statement came a day after Shiv Sena chief spokesperson and MP Sanjay Raut lauded Shah’s comments and even signalled an end to the controversy.

Koshyari had written a letter to Thackeray on October 12 on the issue of reopening of places of worship in the state, questioning Thackeray’s “Hindutva credentials” and whether the CM had suddenly become “secular”.

Thackeray hit back by saying that he did not need a ‘Hindutva’ certificate from anybody, but assured to take the appropriate decision in the matter of reopening places of worship taking into account the Covid-19 pandemic scourge in which Maharashtra still ranks first in the country.

The letter war was strongly criticised by the MVA partners Sena-NCP-Congress, prompting Shah’s intervention and attempt to defuse the fracas with his comments in a television interview on Saturday. (Agency)