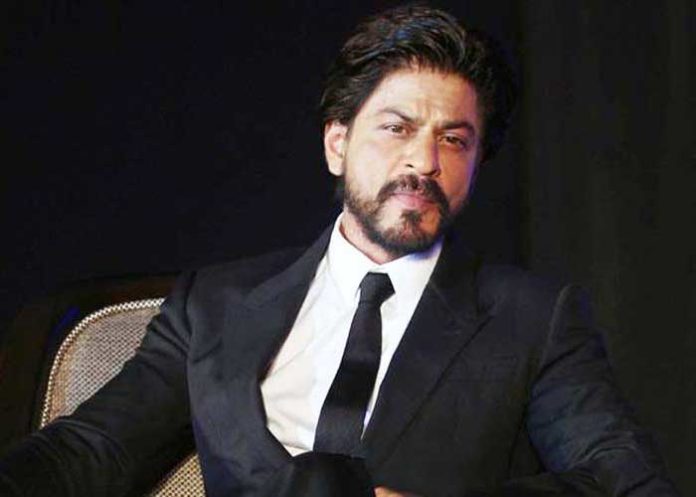 An old video of Shah Rukh Khan that has surfaced in social media has revealed a hitherto unknown fact about the Bollywood superstar. It seems like he has had a stint as television show anchor on Doordarshan, way back in the early nineties.

The throwback video doing the rounds shows Shah Rukh anchoring at New Year’s Eve show on Doordarshan, along with a female anchor. In the clip, the actor and his co-anchor are seen inviting a much-younger singer Kumar Sanu — who was yet to strike Bollywood stardom wirh his songs of “Aashiqui” — to the stage to croon a track.

In the video, a lanky SRK, dressed in baggy fashion of the era, looks in his early to mid twenties. As Sanu is introduced by his co-anchor, SRK jocularly asks if he is the singer who has been making waves copying Kishore Kumar lately.

“Kumar Sanu wohi hai jo Kishore Kumar ke andaaz main gaatey hain?” SRK asks his co-anchor. She replies saying that although Sanu’s style is heavily influenced by Kishore Kumar, he has a lot of individuality too, to entertain the world with.

#ShahrukhKhan as a tv anchor for a singing programs of #Doordarshan. #srk #shahrukh @memorable_90s pic.twitter.com/MMyIK3PERG

Incidentally, this performance was one of Sanu’s earliest public shows ever.

The video is shared by Twitter handle Bollywoodirect. The clip is captioned: “#ShahrukhKhan as a tv anchor for a singing programs of #Doordarshan. #srk #shahrukh @memorable_90s”

SRK would go on to become Bollywood’s King Khan in barely a couple of years’ time. Kumar Sanu would become the industry’s biggest playback sensation for the next several years with the release of “Aashiqui” in 1990.