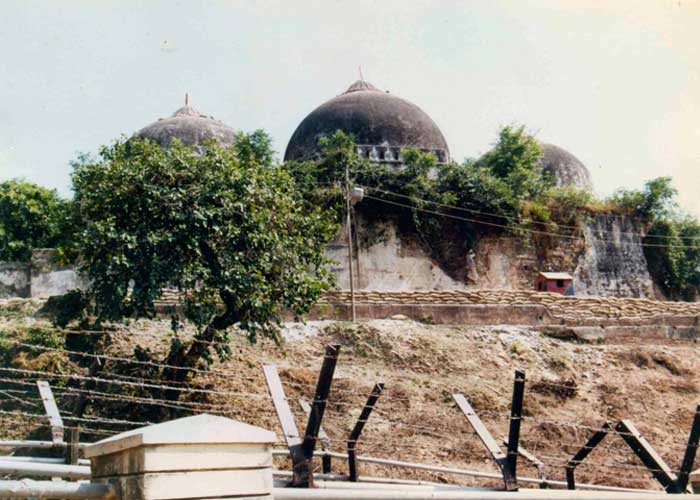 With the Supreme Court nearing a verdict in the Ram Janmabhoomi-Babri Masjid dispute case, the ruling BJP at the Centre has appointed a special team to keep a close tab on the daily hearings.

The team conveys the essence of the arguments made in the court and the bench observations thereon to the party leadership, which formulates a final strategy in the Ayodhya case. The strategy helps BJP spokespersons decide upon the point to focus on during television debates and also set the tone for the discourse in the future.

“A top Cabinet Minister and BJP National General Secretary Bhupendra Yadav are a part of the team and they have been on the job,” said a source.

BJP spokespersons are briefed about what to speak on the subject every day at a meeting held at the party headquarters at 6 Deen Dayal Upadhyay Marg.

Ram Mandir, a key poll promise of the BJP and a cause the VHP championed, has been extremely close to the heart of the right of centre eco-system of India polity.

Even the Vishwa Hindu Parishad (VHP) has a dedicated transition team working under its Vice President Champat Rai. However, the VHP team has a larger mandate — to do the groundwork for building the Ram Temple, from early 2020.

Vinod Bansal, VHP’s national spokesperson told IANS: “The VHP has been fighting for the birthplace of Ram Lalla. And now with the verdict in sight on the disputed site, it’s natural for us to keep a tab on the case.

“Our estimate says, three to four months will be spent to complete the formalities after the verdict. We will start building the Ram Temple from early 2020. We are making grounds for that.”

Alok Kumar, the VHP defacto head recently revealed how the organisation has already activated its district units to collect bricks from across the country for the temple construction.

The Supreme Court has set a deadline of October 18 for completion of all arguments in the case. Chief Justice Ranjan Gogoi is scheduled to retire on November 17 and he intends to deliver a verdict in the Ayodhya dispute before his retirement.  (Agency)