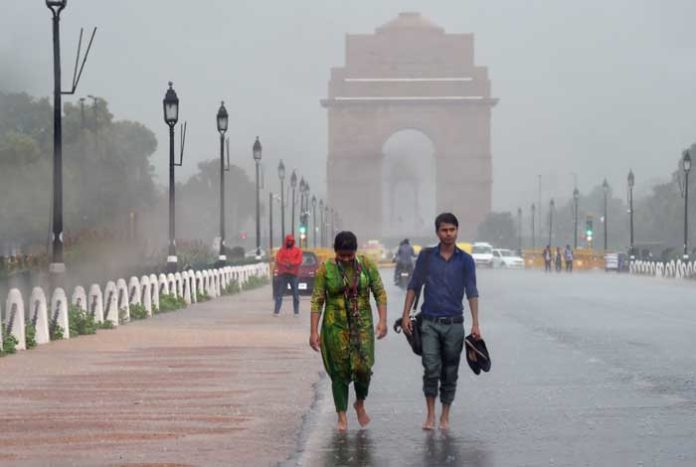 Heatwave conditions in the national capital are set to end on Tuesday following rains in the evening, bringing much needed respite from the scorching heat.

According to the India Meteorological Department, light rains are expected in the evening owing to a cyclonic circulation over Rajasthan and moisture-laden winds from the Arabian sea.

On Tuesday, the maximum temperature is expected to hover around 44 degrees Celsius, a substantial dip from 48 degree Celsius on Monday when Delhi broke the previous record of the hottest day in the month of June.

“The sky will remain partly cloudy throughout the day. There is a possibility of dust storms and thunderstorm towards the night,” said an IMD official.

According to private forecaster Skymet, rains are expected to continue on Wednesday and Thursday, bringing the mercury below 40-43 degree Celsius.

Later, there will be no chances of heatwave conditions due to the arrival of monsoon as westerly dry winds will stop and easterly winds filled with moisture will come to the northern region.

Western, central, and northern parts of the country have been witnessing a surge in temperature for the past few days, making the heatwave conditions severe.  (Agency)