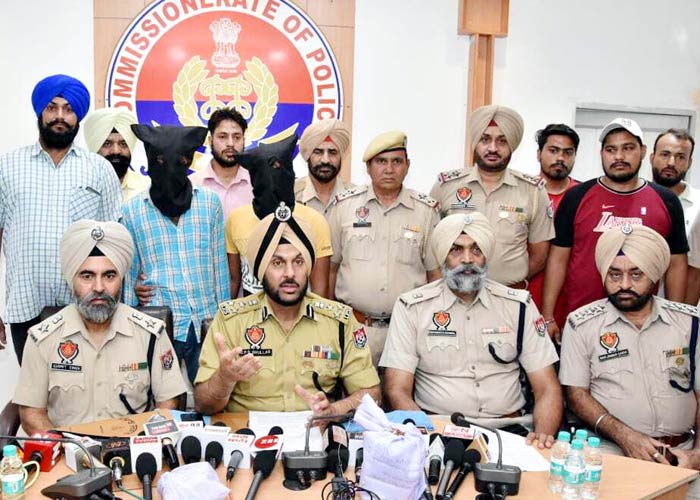 He said the team got a tip-off about Vikram Singh along with Karanvir Singh were heading to Jalandhar for delivering a heavy consignment of heroin in Scropio (PB05-AK-7003) following which the cops alerted and nabbed them and recovered one-kg heroin.

Mr Bhullar told during preliminary interrogation, Vikram revealed that his father Raj Singh had been in the drug business for last five years and facing several criminal cases in various police stations here and Rajasthan.

Raj Singh is in Rajasthan jail for last five months, Commissioner of Police said and added that now Vikram indulged in this business and started the delivering the heroin along with accomplices Karanvir and others.

He also informed that Karanvir studies in BA final year in RSD College Ferozepur and was associated with Vikram for last five months.

Mr Bhullar said that both accused have been booked under sections 21,61 and 85 of NDPS Act at Basti Bawa Khel Police station and would be taken on police remand for detailed probe to snap the drug supply.