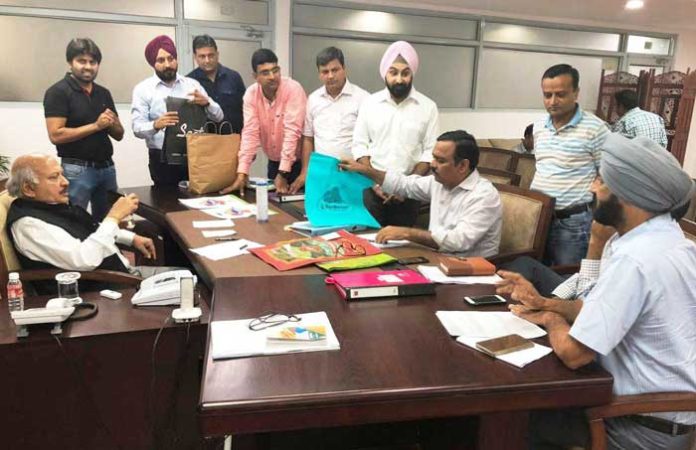 Associations of Punjab plastic carry bags manufacturers, both making carry bags from plain plastic and that making it from non woven material today called on Mr. Brahm Mohindra, Local Bodies Minister, Punjab and urged the Minister to relax the orders issued by the government in 2016, through which manufacturing, stocking, distribution, recycling, sale and use of plastic carry bags including non-woven plastic carry bags was banned in the state.

The association called on the Minister at Punjab Municipal Bhawan, Sector 35, Chandigarh. Mr. A Venu Prasad, Principal Secretary, Local Government and Mr. K. S. Pannu, Director Environment & Climate Change were also present during the meeting. Non woven carry bags Association made a plea that Non-Woven bags are not plastic bags hence they might not be equated with plastic carry bags.

The association in support of their claim made representation with the facts that Non- Woven Fabric is a technical textile ,though made from polypropylene, and it is recyclable, water and air permeable, non toxic and is safe in contact with foodstuff, pharmaceutical and drinking water.

Association also made a plea that after considering the ill effects of the plastic bags on the climate, they have shifted their plastic bags units to manufacturing of Non-Woven bags and invested huge money in setting these units and providing employment to large workforce.

Mr. Brahm Mohindra assured the association that the government will sympathetically consider their demand. He instructed the officers present in the meeting to study the practicability and legality of their demands. He further said that the manufacturers have invested huge amount in Punjab and were giving employment to thousands.