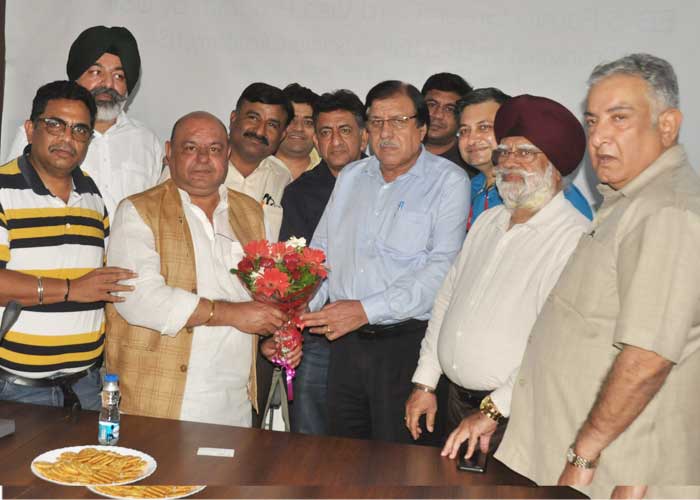 The Chairman Punjab Small Industrial Corporation and Export Corporation (PSIEC) Mr Gurpreet Singh Gogi held a meeting with the industrialists in Focal Point on Thursday evening and assured to resolve all their pending issues at the earliest.

Presiding over a meeting, Mr Gogi said that the Punjab Government would not leave any stone unturned to facilitate the industries.

He said that the issues regarding enhancement charges, roads, sewage, street lighting, fire brigade station, removal of garbage from the roads, development of greenery in the focal points will be taken up with Chief Minister Capt Amarinder Singh.

PSIEC Chairman said that the policies of Punjab Government have accelerated the pace of industries in the state.

He said that the Industrial Policy framed by the state government in 2017 has proved instrumental in giving impetus to Industry in the state.

He said that Punjab Small Industries and Export Corporation will play pivotal role in setting up of small industries in the state.

Calling them the backbone of Punjab’s development, Mr Gogi said that the industrialists will have the complete freedom to raise their issues and problems before the government and their issues will be resolved as soon as possible.