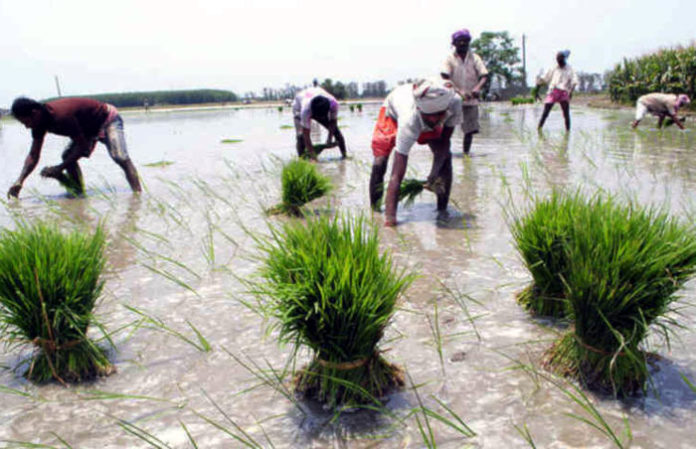 To tackle the acute problem of steep decline in groundwater table, Punjab Government has entered into an agreement with National Water Company of Israel, M/s Mekorot, for formulation of Water Conservation and Management Master Plan (WCMMP) for conservation and management of water resources of the State.

Notably, Israel is the only nation in the world which recycles more than 80% of its waste water. As per the agreement, the recommendations of the M/s Mekorot shall be submitted in 18 months. The final report of the master plan is expected in October 2020.

As a part of this project, a three-member team of experts from Israel is on field visit of Punjab from June 11 to 14, 2019 to know about the present situation and the challenges being faced by the State in dealing with the water sector.

The experts from Indian Meteorological Department and Central Ground Water Board also participated in the session. Mission Director Mr Miglani emphasized on the grave problem of deteriorating condition of water resources and lack of timely and effective action could prove to be disastrous for the agrarian state.

He said that Punjab Chief Minister Captain Amarinder Singh is very committed in solving the current water problem of the state.

Dr. Diego Berger, International Special Projects Coordinator from Israel gave a presentation on the Water Resources Management System in Israel. He demonstrated that Israel enacted the Water measurement law in 1955 which empowered the state to measure each and every drop of water supplied to public for every sector. Later in 1959, Israel water law was enacted that empowered the state to establish a price mechanism.

During the session Mr. Jagmohan Singh Mann, Chief Engineer, Canals and Mr. Sanjiv Gupta Chief Engineer, Drainage and Mining briefed the Israeli team about the existing irrigation and flood management infrastructure in the state and the challenges being faced by them thereof.

The Project Manager, Mr Niv Pintow appreciated the cooperation being extended by the various departments of the State in sharing the data and challenges in managing the water sector. The Israeli team alongwith the officers of Water Resources Department, Punjab will visit various sites in the next three days in the state to get an overview of the existing water resources and infrastructure in the state and also covering the major problematic areas in Punjab.