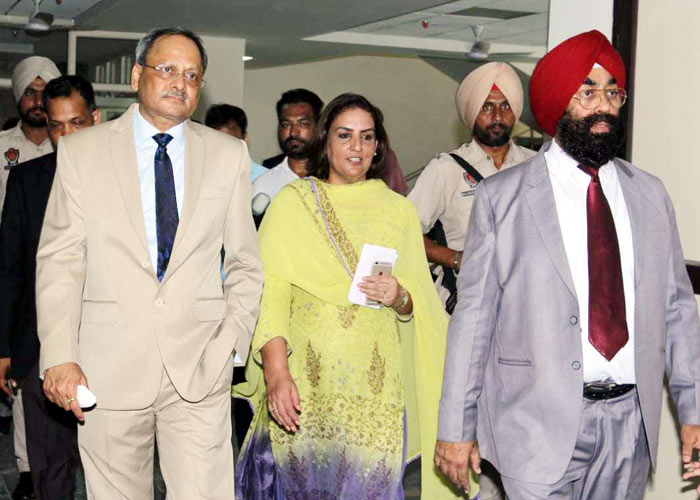 With a view to settle the disputes and cases pending in the court of law or the cases which are at pre-litigation stage, The Punjab State Legal Services authorities today organized National Lok Adalat throughout the State of Punjab.

A total number of 271 Benches were constituted across the State and 22,040 Cases were resolved amicably and a total amount of Rs. 688, 38,27,987 was involved in settlements. Mr. Justice Rakesh Kumar Jain, Judge, Punjab & Haryana High Court and Executive Chairman, Punjab State Legal Services Authority personally monitored all the Benches to bring out the best outcome.

It was disclosed by an official spokesperson of the Punjab State Legal Services Authority. He said that the response received from across the State was very encouraging. He said that Mr. Justice Rakesh Kumar Jain, Judge, Punjab & Haryana High Court and Executive Chairman of Punjab State Legal Services Authority, personally visited the Lok Adalat Benches constituted at District Jalandhar and Ludhiana.

He participated in resolving the disputes and emphasized that the people should resolve to Alternate dispute Mechanism as it saves time and money. During this National Lok Adalat, people were made aware that free and competent legal services were available to weaker and marginalized segments of the society particularly women, children, members of SC/ST, victims of disaster, under-trials as well as any person having annual income less than Rs.3 lacs.

People were also made aware that they can contact the Toll free number 1968 of State Legal Services Authority for any kind of legal assistance 24X7.

Mr.Rupinderjit Chahal, Member Secretary, Punjab State Legal Services Authority had informed that the next National Lok Adalat was scheduled to be held on December 14, 2019 and he urged the general public to take the maximum benefit of this upcoming Lok Adalat by amicable settlement of their disputes.