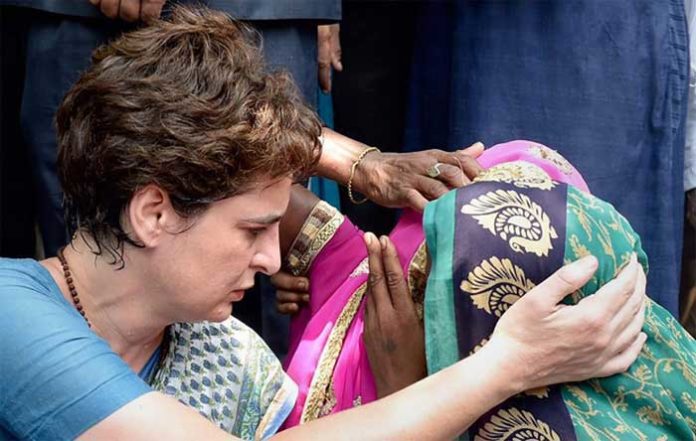 A delegation of Congress leaders has handed over compensation cheques to the families of those killed in a clash over a land dispute in Sonebhadra district.

Congress General Secretary Priyanka Gandhi Vadra, during her visit to the area to meet the victims of the July 17 carnage, had promised them Rs 10 lakh compensation from the Congress Party.

Congress leaders visited Sonebhadra and handed over the cheques to the families of the victims on Saturday.

At least 10 people were killed and 20 others were injured when a village headman and his aides opened fire at a group of people over a land dispute at Umbbha village in Sonebhadra district on July 17.

Priyanka Gandhi Vadra, who met the victims’ families after a high voltage political drama on July 20, had announced Rs 10 lakh to each family. She was stopped from visiting the families and was put in detention in a guest house in Mirzapur.  (Agency)