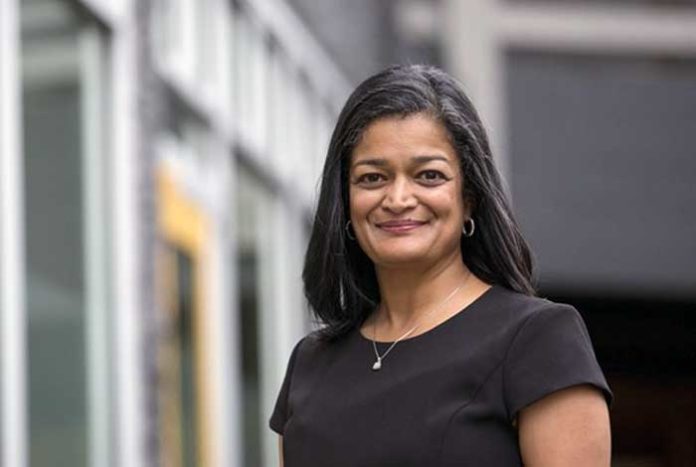 Pramila Jayapal, a Democrat from Washington DC, has become the first South Asian American woman to preside over the US House of Representatives.

Jayapal, who was first elected to the Congress in 2016, tweeted she was “beyond proud” to preside over the House and serve in the most diverse Congress in the nation’s history.

“Today, I became the first South Asian American woman to preside over the US House of Representatives. Beyond proud to serve in the most diverse Congress in our nation’s history and to hold the gavel today,” Jayapal tweeted.

The 116th Congress broke records with women and lawmakers crossing racial and religious barriers, including an all time high for Asian American lawmakers.

A record number of 17 Asian Americans serve in Congress, with 14 in the House and three in the Senate.   (Agency)