Home National People to watch out for: Prashant Kishor’s bid to create a distinct... 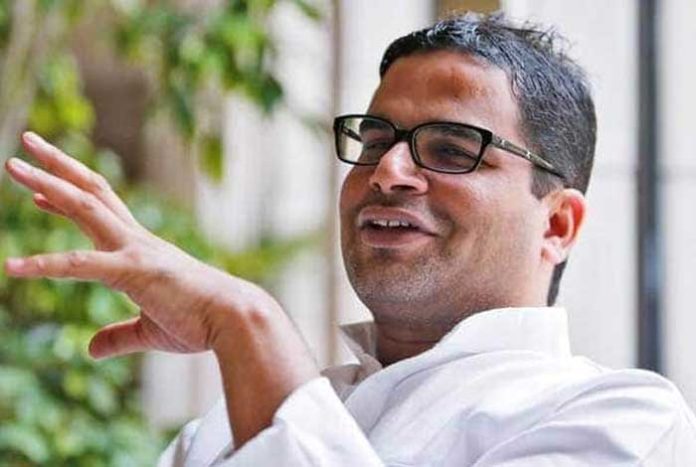 Election strategist Prashant Kishor, who changed the dynamics of poll campaigns in India, in 2019 signalled signs of political transformation as he raised voice within the Janata Dal-United (JD-U) over the Citizenship Amendment Act (CAA), dared the Bharatiya Janata Party (BJP) as well as the Congress.

He is no more restricting himself to behind-the-door political management, but is also seeking to cultivate an image away from the run-of-the-mill leaders. Interestingly, he is also refusing to part with his business of political strategising.

The best instance could be his consultancy firm, Indian Political Action Committee (I-PAC), entering into a pact with the Aam Aadmi Party (AAP) to manage its poll campaign, when the JD-U is also planning to contest all Delhi Assembly seats.

Kishor joined politics in September 2018 with Bihar Chief Minister Nitish Kumar himself inducting him in the JD-U. He was appointed the party Vice-President, making it clear that he would be the number two after the party president.

However, despite rumours that he would contest the Lok Sabha elections from his home district of Buxar in Bihar, Kishor stayed behind the scene working for the JD-U.

It was Kishor’s hard bargaining with BJP chief Amit Shah that made the saffron party accept the 50-50 formula in the Lok Sabha polls in Bihar, where they contested 17 seats each.

But in December, Kishor, who remained focused on economic and other issues, broke silence on the Citizenship Amendment Bill (CAB) and urged the JD-U chief Nitish Kumar to reconsider the decision of supporting the CAB in the Rajya Sabha.

“Disappointed to see the JD-U supporting the CAB that discriminates right of citizenship on the basis of religion. It’s incongruous with the party’s constitution that carries the word secular thrice on the very first page and the leadership that is supposedly guided by Gandhian ideals,” Kishor tweeted after the JD-U supported the CAB.

Reminding the party of the 2015 Assembly elections, he said: “While supporting the CAB, the JD-U leadership should spare a moment for all those who reposed their faith in it in 2015. We must not forget that. But for the victory in 2015, the party and its managers wouldn’t have been left with much to cut any deal with anyone.”

“We are told the CAB is a bill to grant citizenship and not to take it from anyone. But the truth is with the NRC, it could turn into a lethal combo in the hands of the government to systematically discriminate and even prosecute people based on their religion,” he remarked.

Kishor, the mind behind Narendra Modi‘s famous ‘chai pe charcha’ campaign in the 2014 Lok Sabha polls, also proved his mettle in Assembly polls in Andhra Pradesh and Punjab and West Bengal Assembly by-elections, didn’t stop there. He also took on the central government over the police brutality against the Jamia Millia Islamia students on December 15.

Taking a dig at the Centre, he tweeted: “Look at the non-violence, bravery, and professionalism of the Delhi Police against the ‘alleged’ law breakers!!”. He also attached a viral video where a bunch of girls are seen protecting alleged rioters, who the police wanted to be handed over to them.

Kishore termed Modi’s “no discussion (taken place) over NRC” remark at the BJP rally in Delhi’s Ramlila Maidan on December 22, a “tactical retreat” in the face of protests against the CAA and the National Register of Citizens (NRC).

“The claim of ‘abhi to NRC ki koi charhca hi nahi hui hai’ (No discussion has taken place over NRC) is nothing but a tactical retreat in the face of nationwide protests against the CAA and the NRC. It’s a pause, not the full stop,” the JD-U Vice-President said.

He said the government could wait till the Supreme Court judgment on the CAA. “A favourable court order and the whole process will be back.”

Earlier, Kishor also took a jab at former Congress chief Rahul Gandhi for not joining the anti-CAA-NRC protests. He had worked with Gandhi during the 2016 Uttar Pradesh Assembly polls, planned the ‘Khat pe charcha’ and launched the ‘UP ke ladke’ campaign, projecting the Congress-Samajwadi Party alliance.

Gandhi had left on an official tour of South Korea on December 16 morning, a day after violent protests by the Jamia Millia Islamia students.

Kishor’s deviation from the JD-U line also caused annoyance in the National Democratic Alliance (NDA) in Bihar as many BJP and JD-U leaders spoke against him.

It will be interesting to see whether Kishor succeeds in his political strategy or becomes a victim of enthusiasm or too much dependence on theoretical calculations in a field that often throws up unconventional surprises.  (Agency)