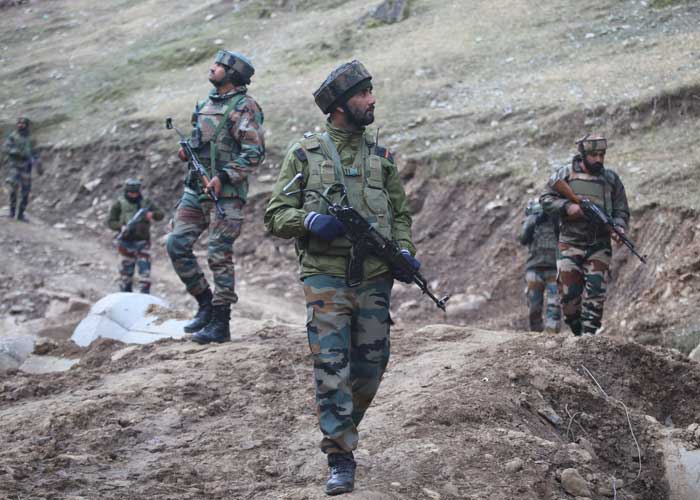 As Pakistan scales up its efforts to push terrorists across the Line of Control (LoC) into Jammu and Kashmir, the Financial Action Task Force (FATF), an international watchdog on terror activities, is watching.

The FATF, which has already put Pakistan in the ‘Grey List’ (watch list) for not doing enough to curb terror financing and related aspects in relation to groups like Jaish-e-Mohammad (JeM) and Lashkar-e-Taiba (LeT), will review its case in the first week of October.

There are indications that the global body is not satisfied with Islamabad’s actions and if any terror attack, emanating or supported from Pakistan, takes place in India, the country will in all probability be placed in the ‘Black List’, after which it can’t receive aid from international institutions, like IMF and World Bank.

Ever since the government of India ended special status of Jammu and Kashmir on August 6, Pakistani leaders have been indulging not only in war-mongering but also pitching for ‘jihad’, inferring terror attacks, against India.

Police in Jammu and Kashmir recently said it had foiled a possible terror attack after it seized a truck with a large quantity of arms and ammunition, including 6 AK assault rifles and 180 rounds of bullets, and arrested three operatives of Pakistan-based Jaish-e-Mohammad (JeM).

JeM is the terror group which carried out the ghastly attack on a CRPF convoy in Pulwama in Kashmir on February 14, killing 40 personnel of the paramilitary force.

There are also increased efforts to push terrorists into Jammu and Kashmir through the Line of Control (LoC) to disrupt peace.

Against the backdrop of provocative moves from Pakistan related to terror, the FATF will meet in Paris in the first week of October when its deadline given to Islamabad ends.

Ahead of that meeting, the Asia-Pacific Group of FATF on August 23 put Pakistan in the ‘Enhanced Expedited Follow-up List’ (meaning black list) for failing to meet the requirements on acting against terror financing and money laundering on 32 out of 40 parameters.

In June, the FATF, created by G-7 (Group of 7 industrialised nations) in 1989, had slammed Pakistan for failing to do enough to check terror financing and warned of action if it did not comply with the requirements by September-end.

“The FATF strongly urges Pakistan to swiftly complete its action plan by October 2019 when the last set of action plan items are set to expire. Otherwise, the FATF will decide the next step at that time for insufficient progress.”

It said Pakistan should also show “effective implementation of targeted financial sanctions (supported by a comprehensive legal obligation) against all 1267 and 1373 designated terrorists and those acting for or on their behalf, including preventing the raising and moving of funds, identifying and freezing assets (movable and immovable), and prohibiting access to funds and financial services.”

The FATF said Pakistan also must demonstrate that “facilities and services owned or controlled by designated person are deprived of their resources and the usage of the resources.”

The global watchdog had said Pakistan, since June last year, made “a high-level political commitment to work with the FATF and APG (Asia-Pacific Group on Money Laundering) to strengthen its AML/CFT (Anti-Money Laundering and Terrorist Financing) regime and to address its strategic counter-terrorist financing-related deficiencies.”

It said, “Pakistan has taken steps towards improving its AML/CFT regime, including the recent development of its TF (Terrorist Financing) risk assessment addendum; however, it does not demonstrate a proper understanding of Pakistan’s transnational TF risk.”

Outlining a series of steps that Pakistan needs to take, the FATF said it should continue to work on implementing its action plan to address its “strategic deficiencies”, including by “adequately demonstrating its proper understanding of the TF risks posed by the terrorist groups , and conducting supervision on a risk-sensitive basis”.

It also asked Pakistan to demonstrate that “remedial actions and sanctions are applied in cases of AML/CFT violations, and that these actions have an effect on AML/CFT compliance by financial institutions.”

Pakistan must demonstrate that TF prosecutions result in “effective, proportionate and dissuasive sanctions and enhancing the capacity and support for prosecutors and the judiciary,” the FATF said.  (Agency)