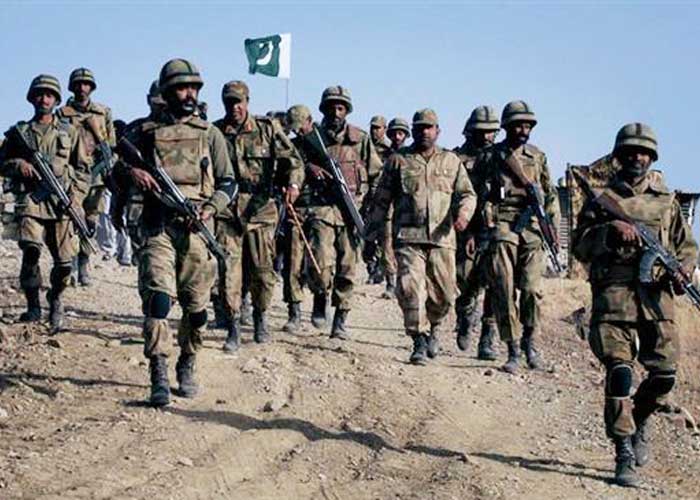 Pakistan has moved a brigade-sized force of around 2,000 soldiers to a location within 30 kms of the Line of Control (LoC) in Pakistan-occupied Kashmir, Indian Army sources said on Thursday.

The troops have been placed in the Bagh and Kotli sector in PoK.

“The troop movement could be a defensive move by Pakistan in the light of heightened tensions with India. The movement and location was confirmed through various intelligence sources including local inputs,” said a senior Army official.

The security establishment is keeping a close tab on the troop movements in Pakistan and is exploring if it poses any immediate threat to India.

The move by the Pakistan Army assumes significance in light of the fact that Pakistan Prime Minister Imran Khan has threatened in the recent past of a war-like situation developing between the two countries after India withdrew special status for Jammu and Kashmir on August 5.

Pakistan has alleged human rights violations by Indian security forces in the valley and has also pledged to stand with the Kashmiris.

Defence Minister Rajnath Singh has on the other hand warned that India will not shy away from using its military strength for its defence and that the country’s adherence to a ‘no first use’ nuclear doctrine is subject to future circumstances.

Indian Army sources further said, quoting the confessions of two Lashkar-e-Taiba terrorists captured recently in Jammu and Kashmir, that around 300 trained militants are prepared to enter Indian territory from Pakistan.

“Terrorist groups, particularly the Lashkar-e-Taiba and the Jaish-e-Mohammed, are looking to recruit trained Afghan commanders into their fold. Afghans are being looked at because they are better trained and hardened. There has been a drop in the recruitment of local youth from the valley,” said the official.  (Agency)