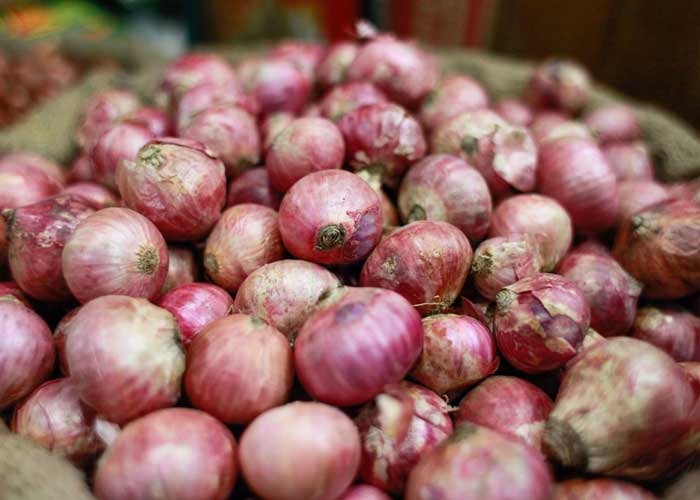 Onions have left customers teary-eyed as prices of the staple continue to soar in the national capital.

The onion prices registered yet another hike on Friday. The prices of the staple were four times higher as compared to last year. On Nov 29, 2018, the wholesale prices of onion in Delhi’s Azadpur Mandi were between Rs 2.5/kg-16/kg. Whereas, it traded between Rs 20-62.5 per kg on Friday.

Traders said that onion prices are rising due to higher consumption and shorter supply.

“The arrival of onions in Azadpur Mandi was 1,045.6 tonnes on Friday, while the daily consumption of onions in Delhi is around 2,000 tonnes,” said traders.

The central government has decided to import 1.2 lakh tonnes of onions to improve the domestic supply and control prices.

Rajendra Sharma, President, Onion Merchant Association and a trader at Azadpur Mandi said that the average daily consumption of onions across the country is around 50,000-60,000. So, the import of 1.2 lakh tonnes of onions is equivalent to a two-day consumption.

“The increase in the onion prices is natural as there is insufficient supply in Delhi,” he added.

Agriculture expert Vijay Sardana said that due to improper onion storage in the country, the stock of the previous season was wasted. While the new crop has been destroyed due to the weather.

“At present, there is a need to import about 10 lakh tonnes of onions. However, it’s impractical as onions in such a large quantity will not be available abroad,” Sardana said.

The government is trying to procure onions from Egypt, Turkey, Holland and other countries.

State-owned MMTC has also signed contracts with Egypt for onion imports and an onion consignment of 6,090 tonnes will be available in the country next month.  (Agency)