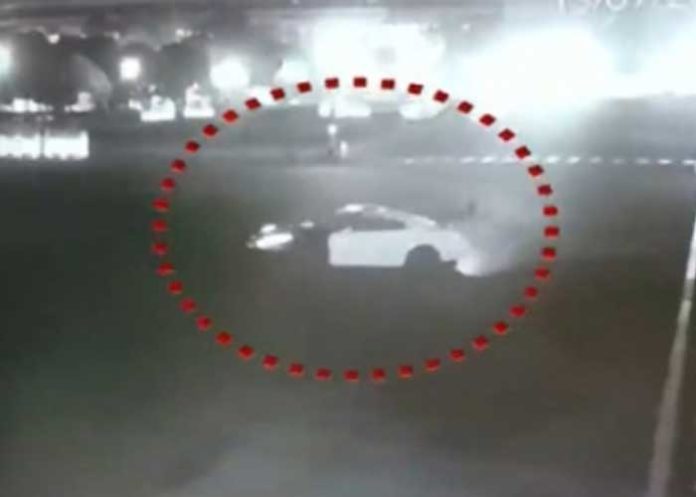 A Nissan GT-R sports car is seen carrying out stunts at the high-security Vijay Chowk, next to the Parliament House and the Rashtrapati Bhavan, before zooming away from the spot, according to a video that has gone viral on social media.

The video shows a dual-tone Nissan GT-R performing multiple drifts at the Vijay Chowk, the starting point for the Republic Day parade and the venue of the ‘Beating the Retreat’ ceremony.

The Delhi Police has launched a massive search and have identified the car and its owner, and served a traffic ‘challan’.

According to a senior police officer, the CCTV footage showed the time of the stunt driving to be around 4.30 a.m. and on scanning the footage, the police managed to ascertain the car’s registration number and trace the owner.  (Agency)