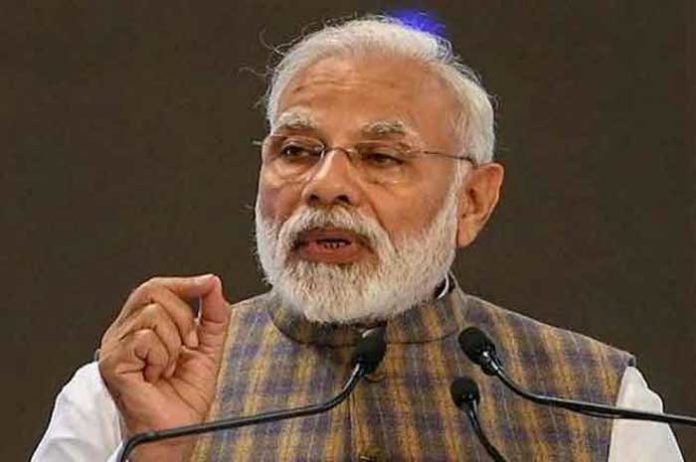 Prime Minister Narendra Modi on Wednesday attacked the opposition parties for questioning the electronic voting machines (EVMs) for their defeat in the Lok Sabha elections.

Speaking in the Rajya Sabha in reply to the Motion of Thanks to President Ram Nath Kovind’s address to Parliament, Modi also pulled up the opposition for not attending a meeting called by him to discuss the idea of simultaneous parliamentary and state elections.

Accusing those pitted against the EVMs as anti-technology, the Prime Minister said: “Some people kept talking about EVMs in this House… There was a time when we were two just MPs in Parliament. People mocked at us but we worked hard and won the trust of the people.

“We did not make excuses,” Modi said, urging everyone to appreciate the country’s electoral processes.

“In the 1950s the polling process consumed so much time. Violence and booth capturing were common in some places. Now the news is about rising voter turnout. This is a healthy sign,” he said.

The Prime Minister said there have been many elections held with EVMs which have given opportunities to various parties to govern different states.

“Then why question EVMs today?”

He said that since 1992, 113 Assembly and four Lok Sabha elections had been held using the EVMs. The courts had given positive verdicts on them, Modi added.

“Those opposing them are not only opposed to EVMs but they have problems with technology, digital transactions, Aadhaar, GST, Bhim App.

“Why such negativity? This negativity was one of the chief reasons why some parties have not been able to win people’s trust.

The Prime Minister slammed the opposition parties which did not attend the meeting called by him over the issue of simultaneous general and Assembly elections.

“We are seeing the same attitude when it comes to discussing ‘one nation, one election.’ Yes, people may not like the idea or have inputs on this. But it is important to present these ideas and have discussions.”  (Agency)