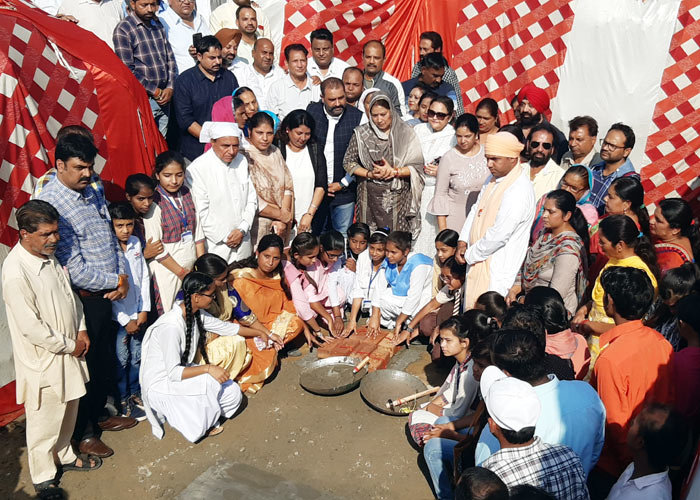 In a major development, the construction work of Baba Sahib Bhim Rao Ambedkar Government Girls College was started on Monday morning after the Jalandhar West MLA Mr Sushil Kumar Rinku along with girl students from school laid the first bricks of the college.

Divulging the details, the MLA Mr Sushil Kumar Rinku said that the construction of the college would be completed in one year at Rs 12 crores which would come on the 3-acre land.

He said that the land for the college was transferred by the Mandi Board to Higher Education department which took some time for starting the construction work.

He told that the education was the most powerful agent for bringing the reforms in the society on the principles of equality and social justice, and the spread of higher education was the panacea for most social troubles.

He said that it was long pending demand of the people of ‘Boota Mandi and nearby areas. MLA also appreciated the efforts of Sarv Dharam Committee which staged the protest for 100 days at this site and raised the demand for the college.

He added that this endeavour of Punjab Government would go a long way to further expand the ambit of education in this region.