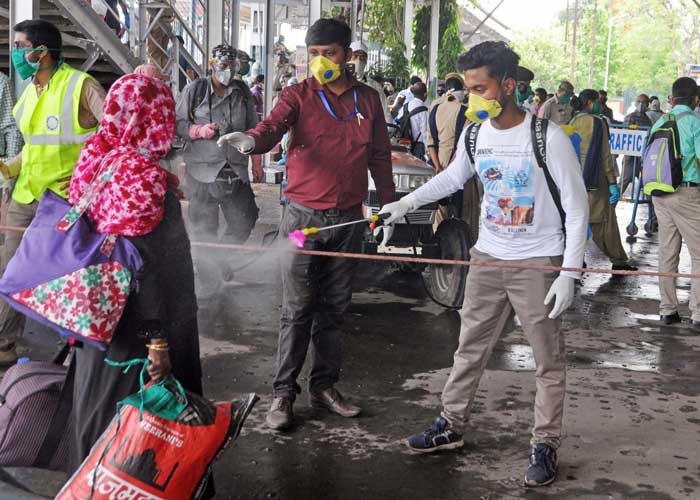 Some migrant workers in south Delhi waiting for medical screening were sprayed with disinfectant by the civic body much against the Central government advice against such a step. The South Delhi Municipal Corporation (SDMC) later admitted its mistake.

In a video that surfaced on social media, the migrants can be seen waiting in queues for their medical screening outside a school in Lajpat Nagar ahead of boarding a Shramik Special train.

They were sprayed with disinfectant by workers of the SDMC during a sanitisation drive.

In a statement, the SDMC said the school was in a residential colony and there was a huge demand from residents for disinfecting the compound and the road.

“But due to the pressure of the jetting machine, the worker could not manage it for some time. The staff has already been instructed to be more careful and attentive while doing the job in future. The official present at the site apologised to the public,” SDMC said in a statement.

The incident in Delhi came weeks after a video emerged showing a group of workers being sprayed with disinfectants in Bareilly while returning to Uttar Pradesh.

Thousands of migrants are stuck in big cities with no money or job after the sudden announcement of lockdown in March.

Now, they are being sent to their homes on trains by the Centre.  (Agency)