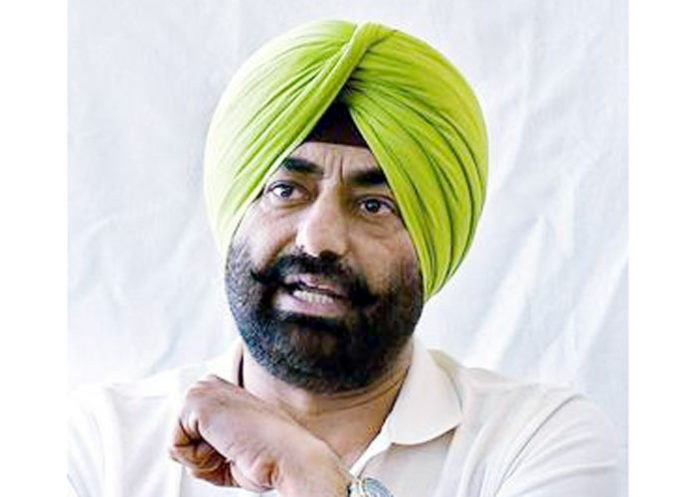 Justifying his decision to withdraw his resignation, Khaira said he was suspended orally and was later verbally conveyed that he stood expelled from the AAP too.

The former Leader of Opposition in Punjab Vidhan Sabha said, Kejriwal had acted purely as a dictator and never bothered to follow his own party’s constitution, while throwing him out of AAP.

Khaira said it was Kejriwal who created a virtual split in the party by meekly apologizing to former Punjab Cabinet Minister and SAD leader Bikram Majithia over his repeated drug allegations. Khaira said when he and others opposed his cowardly apology, Kejriwal became vindictive towards him and other MLAs.

“Therefore, Kejriwal without summoning any meeting of party’s legislature wing, unconstitutionally removed me as LoP with a tweet on Twitter on 26th July 2018,” he said adding that this brazen and unconstitutional act showed that Kejriwal works like a dictator and not a democrat.

Khaira said unable to digest our opposition over ideological differences Kejriwal once again behaving like an autocrat suspended him andanother MLA Kanwar Sandhu, on grounds of anti party activity on 3rd November 2018, once again verbally without following proper party constitution.

He said they learnt about their suspension only through electronic and print media and that they were neither given an opportunity to present their case nor served any show cause notice nor given anything in writing regarding their suspension.

Khaira said similarly, later a party office bearer again informed him, that he has been expelled from the party and was free to go anywhere.

Khaira dared Kejriwal to produce any receipt of his regarding his suspension orders. Khaira said Kejriwal and his bunch of sycophants were now likely to create or forge record to justify their illegitimate and unconstitutional act of suspending him and Kanwar Sandhu.

The dictatorial and cowardly character of Arvind Kejriwal has been exposed time and again and this is precisely the reason why all prominent people including Parshant Bhushan, Yogendera Yadav, Kumar Vishwas, HS Phoolka, Gurpreet Ghuggi, Dr. Gandhi etc. who were the architects of AAP were humiliated and shown the door.

Khaira said Kejriwal iwas a double faceted leader and never shies to take a complete U-turn, be it apology to Bikram Majithia or sucking up to Congress for an alliance or his recent support to bifurcation of J&K into UTs, while demanding full statehood for Delhi.

Apart from this Khaira said he has been approached by hundreds of respectable and elected people of Bholath constituency, who have advised him against resigning from the assembly, as it will only force an unnecessary by-election upon the electorate.

Khaira said it is an open secret, that by-elections only vitiate the atmosphere through blatant distribution of liquor, drugs, money etc., besides causing a huge loss to the public exchequer.

Therefore, Khaira said acting upon the advice of his legal team, sentiments of people of Bholath and his colleagues, he has decided to withdraw the resignation. Khaira said AAP leaders were free to prove their case of disqualification pending against him, for which he has a befitting reply to be given to these dictators at the appropriate time.