Kasargode the new hotspot of Coronavirus in Kerala 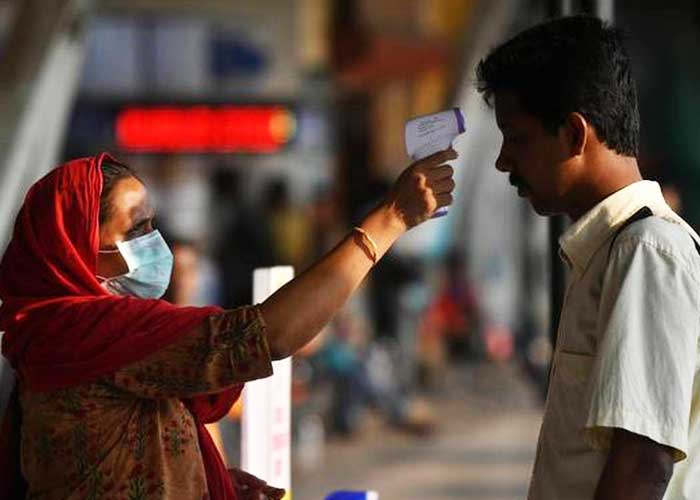 Kasargode, a district at the northern tip of Kerala, has reported 76 coronavirus positive cases, turning into a new hotspot in the state, taking the total number of infected cases to 164. A huge percentage of cases in Kasargode are those who returned from abroad and their contacts.

On Friday alone, of the 39 positive cases in the state, 34 was from this district, forcing Chief Minister Pinarayi Vijayan to chalk out a special strategy for the district, as he fears that a community spread cannot be ruled out.

The latest case is a Class X girl student from the district in Kanahangad and is one among the 34 cases that surfaced on Friday and has been identified as a secondary contact.

The health authorities on Saturday directed all the students who sat with this girl and wrote the state board examination last week to go into self isolation.

“With Kasargode registering more and more cases, certain stricter controls have to be brought in. All those who have returned from affected states and countries in the recent past have to get in touch with officials. And anyone with symptoms of cough, breathlessness and throat pain should get in touch with the health officials,” added Vijayan.

Vijayan also directed the district administration to see that more infrastructure is in place considering the increase of positive cases in geometric progression.

ALSO READ:
India was proactive in fight against Coroanvirus

S. Irudayarajan, an expert in migration studies attached to the Centre for Development Studies, said that with Kerala having the highest migration rate in the country and coronavirus now a global phenomenon, it’s only natural Kerala will have the highest number of primary cases.

“It’s only natural with four international airports and with a huge influx from abroad, before the airports closed down, the number of primary positive cases will be high. Once the primary casesare reported, it’s how best one can contain the spread and if one is able to do it, then things will be very good and Kerala can do it,” said Irudayarajan.

Trouble first began for Kasargode, last week, when a resident arrived from Middle East, last week and after landing at the Kozhikode airport had a ball, visiting friends. attending marriages, forcing a peeved Vijayan openly expressing his displeasure in the way this NRK behaved. He hugged a legislator and shook hands with another legislator and today both of them are now in isolation.

Another entry point for residents of Kasargode is the Mangalore airport (Karnataka), which is the closest to the district and with panic spreading especially in the Middle East, a huge number too arrived through this airport.

On Friday, Vijayan was even more angry and said that if people continue to behave like this and fail to follow the advisories, then the practise of withholding the name of such people who turn positive, need not be adhered to.  (Agency)