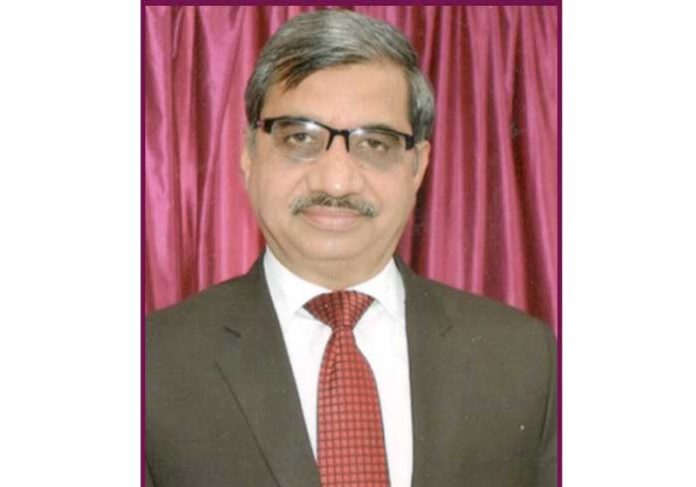 Justice Rangnath Pandey, Allahabad High Court judge Rangnath Pandey who wrote a letter to Prime Minister Narendra Modi alleging ‘favouritism, nepotism and casteism in the appointment of judges, was not given the customary farewell party when he retired on Thursday.

The farewell party, known as full court reference in the legal parlance, which was scheduled to be held in the Chief Justice’s Court at 3.45 p.m. was cancelled at the last minute due to unforeseen circumstances.

The Registrar notified the cancellation in a letter.

None of the judges were willing to comment on the development.

We had reported that Justice Pandey had stirred up the proverbial hornet’s nest with his letter to the Prime Minister in which he had sought Modi’s intervention in restoring the dignity of the judiciary.

He had also pointed out the flaws in the collegium system of appointment of judges and also questioned that lack of transparency in the process.

Thursday’s development came even after Pandey had gained the support of the Uttar Pradesh Bar Council.

Bar Council chief Hari Shankar Singh said that the judge’s letter should be treated as a public interest document and the government should act on it. He said that the lawyers supported the contents of the letter.

At least, two other judges of the high court, who did not wish to be identified, said that they agreed with the contents of the letter and termed it unfortunate.

A senior judge in the Lucknow Bench of the Allahabad High Court said, “Everyone knows about the malaise in the judiciary. Justice Rangnath Pandey is about to retire and hence, he could vent his feelings. I hope his letter will get the desired attention.”

Another judge in the same court said that Justice Pandey’s letter echoed the sentiments of several other judges. “The process of judge selection needs to be overhauled if the dignity of the judiciary is to be maintained,” he added.

A retired IAS officer S.P. Singh said that the letter confirmed that there is something seriously wrong with the judiciary. “There are three generations of lawyers becoming judges from the same family. Can this be justified?” he asked.

“In the last 34 years of my service as a judicial officer, I have seen people with no or poor knowledge of the law being appointed as judges. The appointment of judges takes place behind closed doors and over cups of tea… and favouritism is the only relevant factor for appointments,” he wrote.

He has also pointed out the flaws in the collegium system of appointment of judges and also questioned that lack of transparency in the process.

“The whole process is secret and the names of judges are only disclosed after their appointments. Who gets appointed on what basis is kept under wraps and this process of appointments is very unfortunate,” he wrote.

Justice Pandey further criticised the Supreme Court’s 2015 judgment rejecting the National Judicial Appointments Commission (NJAC) Act and the 99th Constitutional Amendment, which sought to give politicians and civil society a say in the appointment of judges to the highest courts.

“When your government brought in the NJAC Act, there was hope that there will be transparency in the appointment of judges. However, the Supreme Court struck down the Act as it would have affected its powers of making the appointments,” he said.  (Agency)