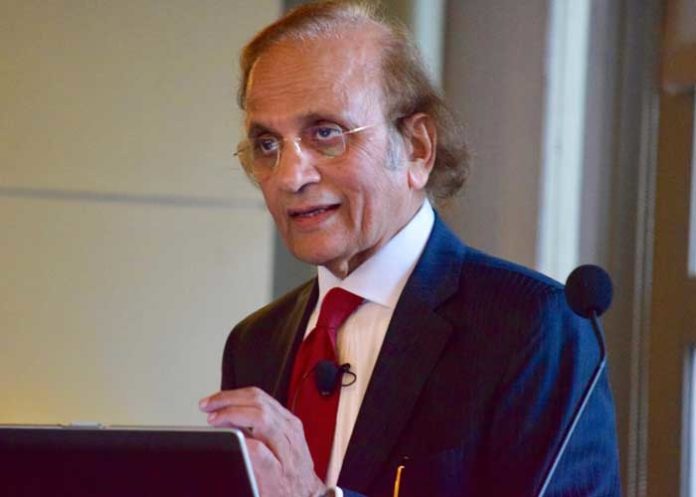 Pakistan’s Tassaduq Hussain Jillani was the lone dissenting voice in the International Court of Justice (ICJ) verdict that ruled 15-1 in favour of India in the Kulbhushan Jadhav case on Wednesday.

In the near unanimous verdict, 15 of the 16 ICJ judges pronounced a verdict in favour of India and held Pakistan guilty of violating the Vienna Convention.

According to Pakistani newspaper Jang, ad hoc judge Jillani in his dissent note wrote that the Vienna Convention was not applicable to spies.

“The makers of the convention would not have imagined that it would be applied to spies some day. India is taking undue advantage of its rights,” the dissent note added.

As Pakistan had no representation at the ICJ, Jillani was appointed as an ad hoc judge.
India’s Justice Dalveer Bhandari is among the 15 permanent judges at the court.  (Agency)