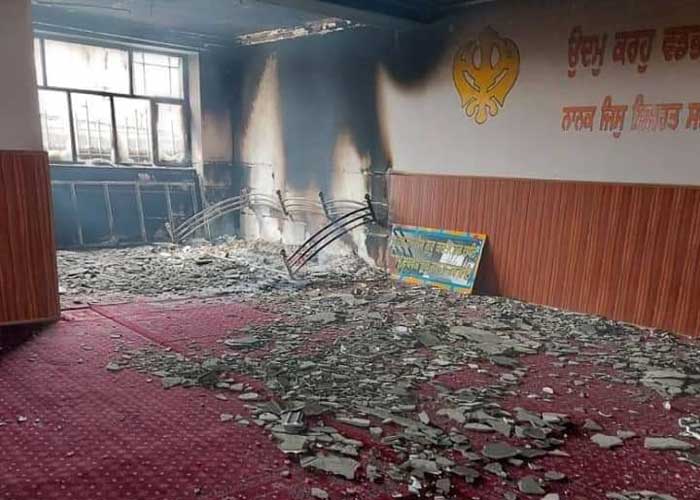 One of the four terrorists involved in the terror attack on Sikhs in Kabul was a 30-year-old shopkeeper who had fled along with 14 other youths from Kerala to join the Islamic State (ISIS) four years ago.

The Islamic State on Friday published a photo of Abu Khalid al-Hindi, a suicide attack fighter who was part of the four-member team that attacked a Sikh shrine in Kabul, killing at least 25 members of the minuscule minority community in Afghanistan on Wednesday.

Top sources said that al-Hindi was Mohammed Sajid Kuthirulmmal, a shopkeeper from Padne area of Kasargod in Kerala who was wanted in a 2016 NIA case and had an Interpol red notice against him.

The case refers to a parent from Kasaragod, Kerala who lodged a police complaint in July 2016, stating that his 30-year-old son Abdul Rashid was missing along with his wife Ayisha (Sonia Sebastian) and child, for almost two months after they had gone to Mumbai.

Around the same time, 14 other cases of missing people including Sajid were registered by their parents and relatives in the police station of the same area. Preliminary investigation revealed that the missing persons had left India to join Islamic State of Iraq and Syria (ISIS), a banned pan-Islamist terrorist organisation.

During the investigation by Kerala Police, the role of 29-year-old Yasmeen Mohammad Zahid, a resident of Batla House, Okhla Jamia Nagar, New Delhi but originally from Sitamarhi district of Bihar, as a co-conspirator of Abdul Rashid was revealed. She was arrested on August 1, 2016, after she was intercepted at Indira Gandhi International Airport, New Delhi while attempting to exit India for Afghanistan, along with her child.

As per the Kerala police, Yasmeen Mohammad Zahid was actively aiding Abdul Rashid in his activities including raising funds to support ISIS. The case was handed over to the NIA after she was arrested.

The NIA investigation revealed that Abdul Rashid, Yasmeen and others from 2015 were involved in activities to further objectives of the ISIS in Kerala and other places of India. 15 people including Sajid had fled from Kerala, India to join the terror group in Nangarhar province in Afghanistan.

Though the NIA did not file a charge sheet against Sajid, but he was listed as an accused and absconder in the case.

Though the NATO and Afghan forces claim to have killed most ISIS members in Nangarhar, sources believe many may have escaped. Sources said Sajid clearly was one of those who escaped unscathed from Nangarhar.

The mobile communication between the absconders with their relatives, over internet-based social media platforms, recovered during the investigation, established that Sajid was staying at the same place as another ISIS recruit who had fled from Kerala and had joined the terror group along with Abdul Rashid.  (Agency)