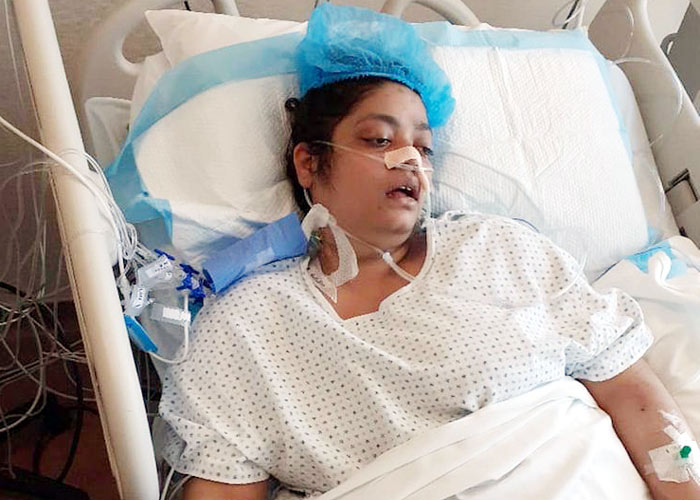 A jobless Indian visitor to the United Arab Emirates (UAE) is in desperate need of financial help to settle an outstanding hospital bill of 112,000 dirham ($30,493), a media report said on Monday.

Sutapa Patra, 27, from West Bengal underwent treatment for a number of conditions including colitis, pancreatitis and severe sepsis, said the Gulf News report.

She also complained of severe stomach ache when her roommates at an accommodation where she was staying in Karama admitted her to a private hospital.

Owing to her pre-diabetic condition, her condition became more complicated and surgery had to be performed immediately.

Speaking to Gulf News, Patra said she came to the UAE in November 2019 on a three-month long visit visa.

She was promised a job of a chef in a hotel by a recruitment agent in India. Unfortunately she was duped by the agent and when she landed in UAE she was told there was no job.

Instead she was made to work as a domestic help for a family. Patra claimed she was not paid a salary and given only one meal a day to eat.

Patra she was now being looked after by some families in Dubai and one of them tried to find her a job in the UAE.

“Unfortunately due to the pandemic situation in the UAE, my application for a work permit was cancelled. Added to this my visit visa also expired in the middle of February. I just want my bill to be settled and I want to return home to India,” she told Gulf News.  (Agency)