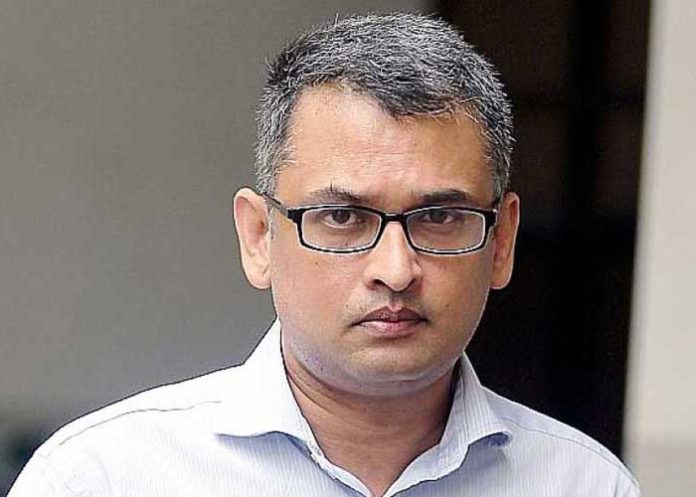 An Indian-origin banker has been sentenced to 13 years in jail in Singapore after he pleaded guilty to 20 forgery and cheating-related charges, and another 30 charges under the Computer Misuse Act for $10 million.

Kale Jagdish Purushottam, 43, was sentenced on Thursday. Another 503 similar charges were taken into consideration during his sentencing, the Straits Times reported.

In an attempt to pay back his former clients, Purushottam had forged signatures and documents to siphon $10 million from his present clients’ Barclays bank accounts between June 2010 and January 2013. During this time, he was working as a private banker in Barclays.

He then made more unauthorized transactions to recover and replace the sum but ended up with extra losses of $10 million instead, the report said.

Prior to joining the British bank in February 2010, Purushottam worked for UBS Singapore where he was the relationship manager for a company called Red Oak, which alleged that the Indian-origin man had engaged in unauthorized foreign exchange transactions using the money in its account.

Ting told the court that Purushottam passed off the forged documents by copying and pasting the signatures of authorized signatories into his own Word documents.

To cover up the shortfall in the bank accounts of his three clients, he forged more documents to move money between his other client accounts.

Purushottam also forged documents to create accounts in his clients’ names that would allow him to take up loans. These loan sums were then transferred to Red Oak or used to cover up the other unauthorized fund transfers, said the deputy public prosecutor.

To cover up the loss of his clients, Purushottam tried to make money through unauthorized stock and foreign exchange transactions using his clients’ accounts.

“However, the unauthorized trades and other transactions caused further net losses of $10 million to Barclays,” DPP Ting added.

On February 1, 2013, the Commercial Affairs Department received information that Purushottam might have forged his clients’ signatures. He was also sacked in the same month.

Defence Counsel Anand Nalachandran told the court that Purushottam had not made the transfers or trades for personal financial benefit, but to satisfy what he thought was an obligation.

However, District Judge Ong Hian Sun said there was a “grave breach of trust” on Purushottam’s end.

According to court documents, Barclays managed to recover $4 million after a settlement with Red Oak and Purushottam made a restitution of $400,000 to the bank.