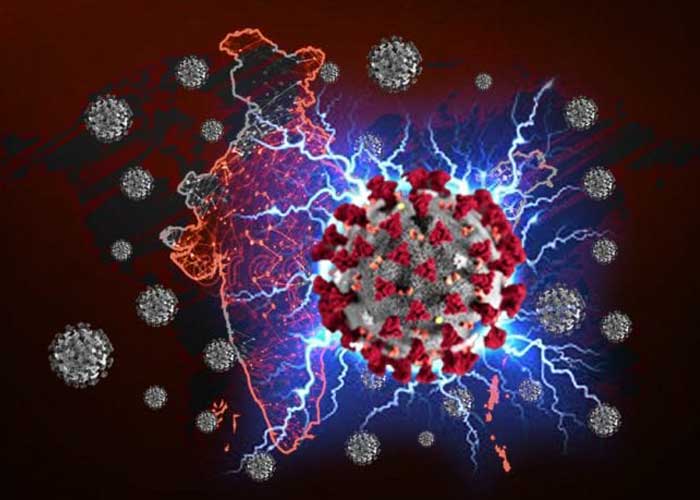 New Delhi, April 15, 2021 –
India has emerged as the worst hit nation by the latest wave of the Covid-19 pandemic, recording more than two-fold rise in fresh cases with 2,00,739 new infections getting reported on Thursday, as compared to the country’s highest previous peak of 97,894 cases recorded on September 17 last year.

Covid-19 cases have been on the rise at an alarming rate for the past fortnight, with India recording over one lakh daily cases for the first time on April 4.

Within 10 days, India became the second nation to record over 2 lakh daily cases, as per the Union Ministry of Health and Family Welfare.

India has been recording more than 1.5 lakh cases a day for five days in a row now.

In April this year, India became the second nation after the US to log over 1 lakh daily coronavirus cases, and it also achieved the dubious distinction of crossing the 2 lakh fresh cases-mark within 10 days.

It was almost eight months ago that India recorded 97,894 fresh cases on September 17 last year. The number of active cases fell drastically since then before the recent surge.

In the latest wave of the pandemic, India has been the world’s worst-hit country since April 2, forcing the states to impose new curbs to control the virus spread.

India’s daily deaths due to Covid are also rising with 1,038 new deaths getting reported on Thursday, the second consecutive day the country reported over a thousand deaths. This took the overall death toll in the country to 1,73,123 till date.

Similarly, Delhi, where weekend curfew was been announced by Chief Minister Arvind Kejriwal earlier in the day, has also witnessed a two-fold spike on Wednesday with over 17,000 fresh cases getting reported as compared to November 11, when it had recorded 8,500 cases.

On Wednesday, Delhi recorded a new high daily Covid tally of 17,282, as well as 104 deaths, while the number of active cases crossed the 50,000-mark to reach 50,736, according to the government’s health bulletin.

The exponential rise in the number of active cases across the country has led to a shortage of hospital beds across India. Many people are complaining of not getting admission to the hospitals due to high occupancy.

On Wednesday, Maharashtra remained the worst hit as the state reported 58,952 fresh coronavirus cases, taking the tally to 35,78,160, while 278 new fatalities pushed its death count to 58,804.

In terms of fresh caseload, Maharashtra is followed by Kerala, Karnataka, Tamil Nadu and Andhra Pradesh.