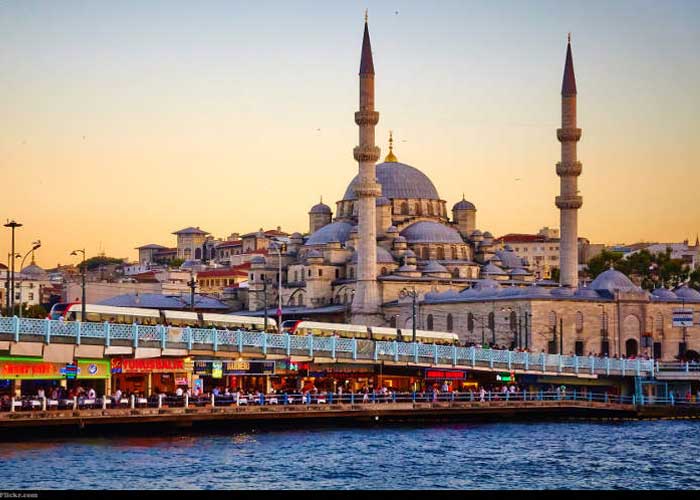 In a clear message of its unhappiness over Turkish President Recep Tayyip Erdogan’s flagging Kashmir at the UN and his country’s open backing of Pakistan, India on Wednesday issued a travel advisory to its nationals visiting Turkey, days after cancelling a visit by Prime Minister Narendra Modi to Ankara.

The Indian embassy on Wednesday issued a travel advisory for Indian travellers visiting Turkey advising them to exercise “utmost caution”, citing the “situation in the region”, following Turkey’s attack on northern Syria.

India last week cancelled what would have been PM Modi’s first stand-alone official visit to Ankara since coming to power in 2014. Though the two sides had agreed in principle on the two-day visit, nothing had been declared formally. Modi was to visit Ankara after his visit to Saudi Arabia, scheduled for next week.

In his UN General Assembly speech last month, Erdogan strongly backed Pakistan’s position on Kashmir and alleged widespread human rights violations by India. He had on a subsequent occasion declared he will raise Kashmir at every fora.

Turkey, along with Malaysia and China, has also been instrumental in bailing out Pakistan at the Financial Action Task Force (FATF) meeting in Paris, where Islamabad was given a four-month lifeline. Despite its very poor compliance to measures required to tackle money laundering and terrorist financing, due to which the Asia Pacific Group recommended that Pakistan be downgraded to the black list, Islamabad was kept in the grey list.

The travel advisory issued is likely to hit Turkey, which has emerged a favourite tourist destination for Indians. Turkey hosted 130,000 Indian tourists between January to July this year — a growth of 56 percent in Indian tourist arrivals, in comparison to last year. The Turkey tourism board was expecting to host around 250,000 Indian tourists by the end of 2019.

Modi had last visited Turkey during the G20 in Antalya in 2015. He had held a bilateral with Erdogan in Osaka, on the sidelines of the G20 in June this year. The Turkish leader had paid a two-day visit to India in July 2018.

India had slammed Erdogan’s UNGA statement on Kashmir, and asked Turkey to get a proper understanding of the situation on the ground” before making statements on the Kashmir issue which is “completely internal to India”.

Erdogan, who has been cosying up to Pakistan, had co-chaired a roundtable on hate speech on the sidelines of the UNGA with Prime Minister Imran Khan. In his speech, Erdogan had said in India Muslims were “lynched for eating beef”.

India is known to have cancelled an order for two naval ships it had inked with Turkey, in retaliation for Erdogan’s Kashmir comments.

Turkey has witnessed a substantial surge in the number of extravagant Indian destination weddings. Similarly, the category of MICE – Meetings, incentives, conferences and exhibitions – travellers to Turkey too witnessed a big jump.

According to reports, the Turkish tourism board had estimated that by the end of 2019, Turkey would host around 30 Indian weddings and 30,000 MICE visitors.

Earlier this month, India had slammed Turkey’s unilateral military offensive in northeast Syria, saying it can undermine stability in the region and the fight against terrorism.

New Delhi had called upon Turkey to exercise restraint and respect the sovereignty and territorial integrity of Syria — in contrast to Pakistan, which supported Ankara’s military strike on Syria.

Wednesday’s move by India is another clear message of the downturn in ties. Though both sides did not enjoy the best of relations, they had strived to get over the frosty edges through dialogue, and by respecting each other’s sensitivities on various issues. It is now for Turkey to read between the lines, and prevent ties from slipping further.  (Agency)