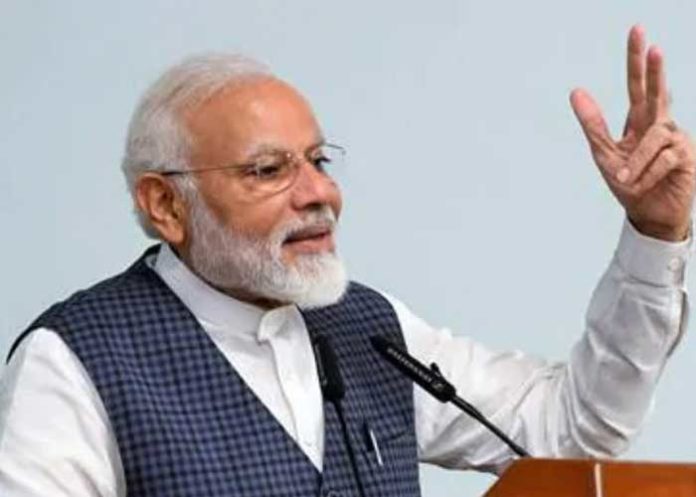 In a strong message against terror, Prime Minister Narendra Modi told the UN General Assembly (UNGA) on Friday that India has given the world the message of peace, “Buddha”, and not war, “yuddh”, and that is why its voice not only carries seriousness when it alerts the world against terrorism, but anger too — in an oblique reference to the terrorism wrought in India by Pakistan-backed elements.

Addressing the 74th UN General Assembly, Prime Minister Modi also said that a “world divided on the issue of terror” harms the very principles on which the UN was created.

He called for the world to unite against terror for the sake of humanity.

Modi said: “India has given the world not war (yuddh), but Buddha or peace… The message of peace. And that is why we have the seriousness when we raise our voice against terror, and anger too,” at which point the Prime Minister changed the decibel of his tone to emphasise the point.

“We agree that terrorism is not just a challenge for one country, but for the entire world… It is the biggest challenge for humanity.

“A world divided on the issue of terror harms those very principles on which the UN was created. For the sake of humanity, the world must unite and come together against terrorism,” the Prime Minister said.

Modi also called for new focus on multilateralism, and on the UN, saying that in view of the changes that are happening around the globe, “a disunited world is not in anyone’s benefit.”

He said that countries cannot afford to remain within their borders any longer.

“And in this, we have to give new focus to multilateralism, and to the UN,” Modi said.

The Prime Minister then cited Swami Vivekananda’s famous speech on religious harmony in Chicago in 1893.

“India gives the same message of harmony and peace, and not dissension,” he said.

Earlier in his speech, Modi cited the development works of his government such as Swachh Bharat, Har Ghar Jal, Jan Bhagidari and Digital India. He also spoke about the huge mandate his government received in the 2019 Lok Sabha polls.

The Prime Minister spoke about ‘Jan Kalyan’ to ‘Jagat Kalyan’, of helping other developing countries in facing their challenges.  (Agency)