Home National India can become one of top 3 economies in world: Mukesh Ambani 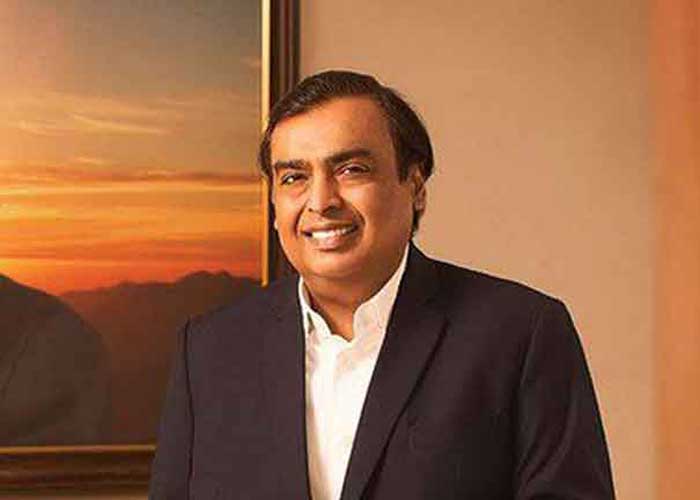 Riding on the power of technology, India has the opportunity to become a premier digital society and one of the top three economies in the world, Reliance Industries (RIL) Chairman and Managing Director Mukesh Ambani said here on Monday.

“We can argue about whether it will happen in five years or 10 years but it is going to happen, and we will be in the top three countries in the world,” he said in a fireside chat with Microsoft CEO Satya Nadella.

Ambani said that India has the opportunity to become the most technically enabled society where all the development could be powered by the tools of technology.

The RIL chairman said that empowering small and medium businesses would be key to driving India’s growth faster.

“Every small business and entrepreneur in India has the potential to become a Dhirubhai Ambani or Bill Gates. And that is the power that differentiates India from the rest of the world,” he said at Microsoft’s ‘Future Decoded Summit’ here.

“And I think, I can easily say that the mobile networks in India now are better or at par with anybody else in the world,” he said.

About 38 crore people have migrated to the 4G technology platform offered by Jio in about three years, Ambani informed, adding that since the establishment of Jio, average data rate has come down drastically in India — from Rs 300 – Rs 500 per GB to Rs 12 – Rs 14 per GB.

Congratulating Nadella for his leadership of the organisation, Ambani said that the collaboration between Microsoft and Jio would be a defining partnership of the decade.

RIL last August announced a partnership of its subsidiary Reliance Jio Infocomm with Microsoft in the technology space, including creation on cloud solutions.

As per the partnership, Jio will leverage the Microsoft Azure cloud platform to develop innovative cloud solutions focused on the needs of Indian businesses.

Jio will set up data centres in locations across India, consisting of next-generation compute, storage and networking capabilities, and Microsoft will deploy its Azure platform in these data centres to support Jio’s offerings.

Nadella said that the mission of Microsoft is to help organisations to become independent — not dependent — to build their own Artificial Intelligence and other tech capabilities, and tech intensity.

“In the next decade, our main investment will be on making software engineers that organisations hire more productive,” Nadella said, adding that Microsoft will build complete toolchain for developers.

The Microsoft CEO said that the increasing rate of digitization of people, places, and things will be the defining secular trend over the next 10 years.

Asserting that Microsoft’s differentiated approach across the cloud and edge is winning customers, Nadella said that Microsoft now has 57 data centre regions in the world.