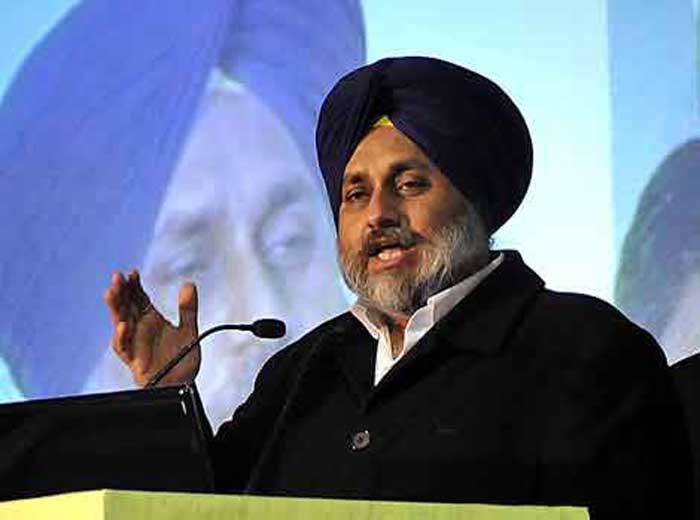 Shiromani Akali Dal president Sardar Sukhbir Singh Badal said here today that the traumatic events of June 1984 and later of October November the same year symbolised “the brutal and criminal anti-Sikh policies and decisions of the successive Congress regimes at the centre and in Punjab.”

Mr Badal , who led hundreds of thousands of Sikhs all across the globe in the community’s collective “Ardas” for Chardi Kala of the Khalsa Panth and “ peace and divine blessings” for thousands of innocent devotees who fell martyrs at the hands of the Congress party’s government during the “Ghallughara” ( holocaust) in the first week of June in 1984.”

Even today, I find it so unreal, nightmarish and so unbelievable that a government in one’s own country could be so insensitive and so full of petty politicking as to roll tanks into the most sacred shrine of humanity, Shri Harmandar Sahib .”

In a statement here, the SAD president further said that later, the world watched in horror and utter disbelief when instead of punishing the murders of thousands of innocent Sikhs, Rajiv Gandhi proceeded to reward the killers with positions of power and glory, including cabinet berths. “Rajiv Gandhi was clearly rubbing salt into Sikh wounds.”

The Akali leader asked the Sikh Congressmen to do some soul-searching and ” reflect on the grievous sin of siding with a party whose hands are soaked with the blood of thousands of inncoent Sikh men, women and children and which rewarded those who executed this holocaust on the Khalsa Panth.”

The former Deputy CM said that it took the NDA government headed by Shri Atal Behari Vajpayee to start the process of punishing the guilty. “The Congress governments at the centre had worked overtime for decades to cover the tracks of their crimes. It was a most difficult task to get the facts together again and to ensure safety and security to witnesses who had been terrorised by the powerful Congress leaders.

Mr Badal further said that during the painful Ghallughara of June 1984 as also during the traumatic events of October-November the same year, the Congress party behaved like ‘a murderous mafia’.

“The leaders of this party holding key positions in the government and the party structure acted as the “Gangster Godfathers” and marshalled and spearheaded blood-thirsty killer mobs to target Sikh colonies and homes and execute the most cold-blooded and horrific genocide in Delhi and several other parts of the country.

Thousands of innocent Sikh men, women and children were martyred in just three gory days of this government-sponsored mindless violence” said Mr Badal adding that the Sikh community, the people of Punjab and the rest of the country had to pay a heavy price for the petty political ambitions of the Congress leaders.

“But the brave and patriotic Sikh community will forever remain indebted to the prominent members of the majority community in the country, including eminent intellectuals, journalists, jurists, writers , human rights and civil liberties activists- individuals as well as organisations – who came forward first to save the beleaguered and unarmed innocent Sikhs in November 1984 and later stood firm as witnesses to ensure that killers like Sajjan Kumar did not go Scott-free.

“Thanks to these noble brave-hearts and thanks also to the commitment of Shri Vajpayee and later the present PM Shri Narendra Modi to ensure justice for the Sikhs, more guilty men and women are likely to face the long arm of law reaching their necks. Time has come for the high-profile accused Congressmen like Kamal Nath to face the law of the land,” said Mr Badal.