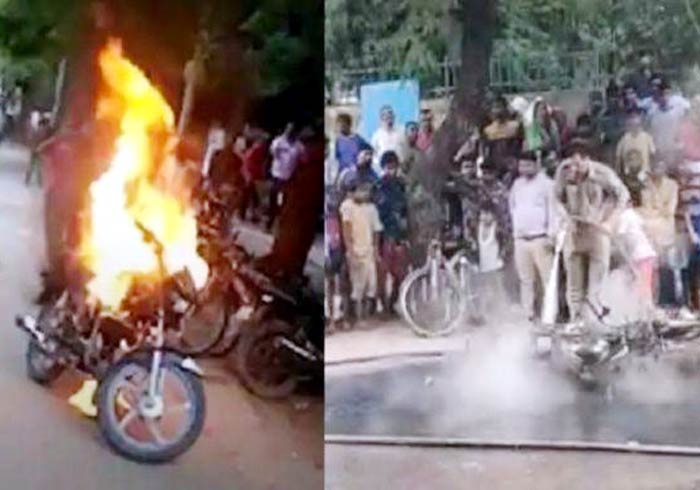 A man under the influence of alcohol allegedly set ablaze his motorcycle after he was stopped by the traffic personnel in south Delhi’s Chirag Delhi area on Thursday.

According to the police, a PCR Call was recieved at Malviya Nagar Police station about a man torching his motorcycle.

When the police team reached the spot, it was found that the traffic staff was carrying out action against drunk driving. When the traffic staff stopped a motorcycle rider Rakesh, a resident of Sarvodaya Enclave, he was found under the influence of alcohol.

His vehicle was impounded as per law. “In the meantime, he mischievously set fire to his vehicle. A case under relevant sections has been registered and further investigation is under way,” police said.  (Agency)