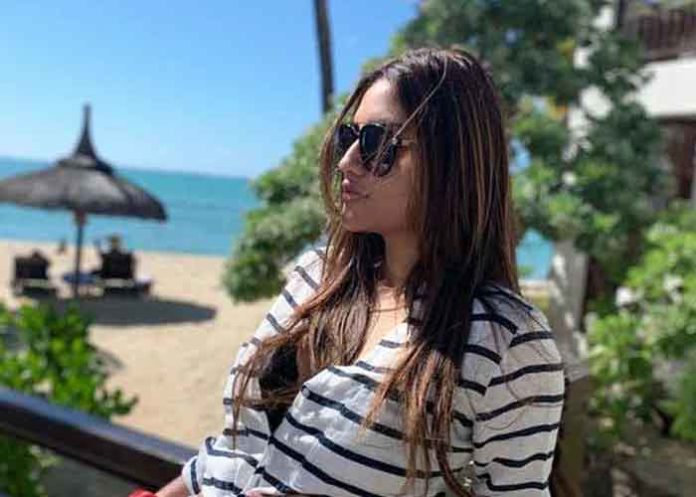 In the Instagram era, gone are the days when women Parliamentarians — be it Hema Malini, Rekha or Jaya Prada who were heartthrobs of millions on big screen — never mixed up their professional and public appearances.

For the young Bengali actors-turned-politicians Nusrat Jahan and Mimi Chakraborty, there ain”t no boundaries when it comes to connect with the millennials on social media platforms, especially Instagram.

In one of the images, Nusrat is seen wearing white and black striped crop top over a black bralette — pairing those up with white pants and sunglasses. To give some “desi feel”, she even wore red bridal bangles and sindoor.

“It”s better to have ur head in the clouds and know where u are.. paradise has never been about places, it exists in moments, in connection, in flashes across time.. pic courtesy hubbilicious @nikhiljain09,” she posted.

Its better to have ur head in the clouds and know where u are.. paradise has nvr been abt places,it exists in moments,in connection, in flashes across time.. pic courtesy hubbilicious @nikhiljain09

“Honey how is the moon,” asked Mimi on the photo.

Nusrat replied: “Honey and moon is great… but sun is shining too bright here..!! Expect some colour on me bonua.”

Nusrat”s best friend Mimi is not far behind on Instagram.

Mimi “all girly” posted a video, as Shawn Mendes, Camila Cabello”s “Senorita” was playing in the background. She danced around like school girl, playing with her dog.

“When you listen to a song 20 times in a day this is what you end up,” said Mimi while making all kinds of faces.

The two young MPs from Mamata Didi”s camp broke the glass ceiling with their choice of western wear during the visit to Parliament for the first time after their victory in the Lok Sabha elections.

Mimi uploaded a photo where she was seen wearing a white shirt and a pair of denims and Nusrat in a wine-coloured fitted ensemble — a pair of pants with a peplum zipped top.

The attire was both hailed and criticized by Instagram users but this did not bother either one and they have set Instagram on fire in the rainy season and winning a million hearts.

Nusrat and Mimi even skipped their oath-taking ceremonies due to Nusrat-Nikhil wedding that was organized at a beachfront resort near the town of Bodrum in Turkey in June.