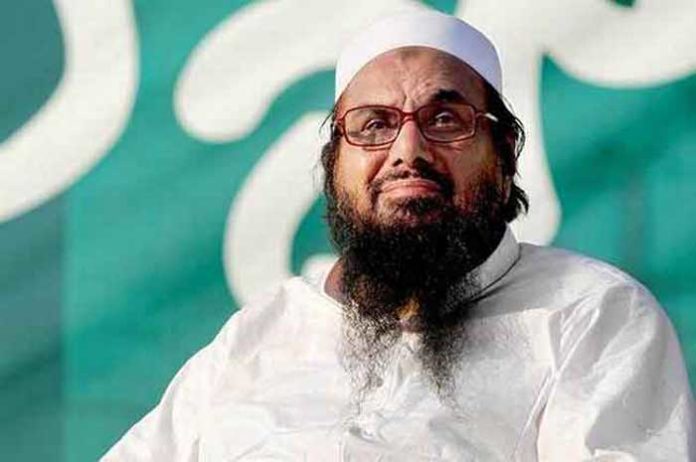 Pakistan has “not taken sufficient measures to fully implement” its UNSC Resolution 1267 obligations against all listed individuals and entities, especially those associated with Lashkar-e-Taiba (LeT)/Jamaat-ud-Dawa (JuD), and Falah-i-Insaniat Foundation (FIF) as well as the group’s leader Hafiz Saeed, the FATF’s Asia Pacific Group says in a detailed damning report on Pakistan’s half-hearted measures to curb money laundering and terrorist financing.

The APG report released on Sunday, days ahead of the FATF plenary, details how Pakistan despite being informed of the measures it must take to curb money laundering and terrorist financing, has been knowingly slack.

On Saeed, the mastermind of the 2008 Mumbai terror attack, the APG report says that despite his JuD being listed by the UNSC resolution 1267 Committee in 2008, and the Falah-i-Insaniat Foundation (FIF) in 2012, “before February 2018, JuD/FIF openly operated in Pakistan, including holding public rallies and fundraising events”.

“Numerous Pakistani media reports showed FIF raising funds ostensibly for humanitarian relief, as well as operating a large ambulance fleet, which calls into question whether the prohibition on providing funds and financial services was being fully implemented,” it says.

Slamming Pakistan’s duplicity, it says that in February 2018, Pakistan passed the Anti-Terrorism (Amendment) Ordinance 2018, which amended the Anti-Terrorism Act to “automatically proscribe individuals and entities listed at the UN. Immediately following the adoption of this amendment, Pakistan seized numerous articles of property (both moveable and non-moveable) belonging to JuD/FIF, after minimal actions had been taken prior to this point”.

It points out: “However, the ordinance’s duration was limited to 120 days (and is thus expired) and was not renewed or permanently adopted into law. It is not clear why Pakistan decided to make UN-designated entities automatically proscribed for 120 days, given that during the onsite visit (by the FATF/APG delegates) authorities stated that this Ordinance was never necessary in order to implement Pakistan’s UNSCR 1267 obligations.

“Pakistan’s recent efforts to fully implement UNSCR 1267 against JuD/FIF were further challenged by a Lahore High Court interim order in April 2018, which prevented the authorities from interfering with the ‘charitable institutions’ of JuD/FIF, despite their status as UN-listed organization.”

The APG report says that the Lahore High Court in its opinion “further stated that “no action shall be taken except in accordance with the law” against the JuD/FIF.

“Given the questions surrounding the legal basis employed by Pakistan to implement UNSCR 1267 against these groups, it is unclear what impact this decision has on the authorities’ ability to fulfil its obligations.

“This activity was permitted to continue throughout the majority of the review period until the National Counter Terrorism Authority (NACTA) issued guidelines in August 2017 that prohibited any donations of funds/hides to organizations proscribed under the Anti-Terrorism Act.”

“Since September 2017, law enforcement agencies have registered 438 cases (65 associated with JuD/FIF) against individuals for violations of these regulations, though Pakistan did not provide the assessment team (of the FATF/APG) with any information on the resulting convictions obtained or sanctions imposed,” it added.  (Agency)