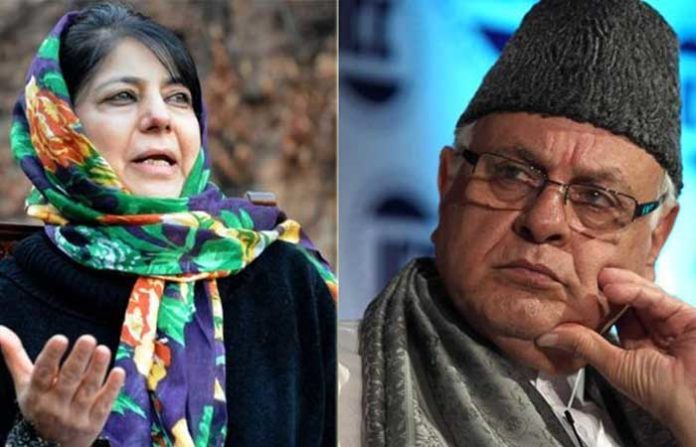 Even as the official announcement of results is still awaited, the National Conference (NC) on Thursday established unassailable lead in all three Lok Sabha seats in the Kashmir Valley while former Chief Minister and PDP leader Mehbooba Mufti lost in her erstwhile bastion Anantnag.

Emerging as the victor in his typical grand style, the 83-year-old four-time former Chief Minister and NC President Abdullah was miles ahead with 51,000 votes over his Peoples Democratic Party (PDP) candidate Aga Syed Mohsin.

The surprise winner in the Valley was Justice (Retired) Hasnain Masoodi, who initially trailed behind both Mehbooba Mufti and Ghulam Ahmad Mir, the state President of the Congress.

Masoodi proved the proverbial dark horse when he raced ahead leaving both Mehbooba and Mir behind with a firm lead of 9,000 votes when less than that number of votes was still to be counted.

Mehbooba Mufti conceded defeat saying the people’s anger against her was “completely justified”.

As expected, Jugal Kishore Sharma of the BJP defeated his Congress rival Raman Bhalla with a margin of 2.84 lakh votes in the Jammu Lok Sabha seat.

Official declaration of the results is awaited.

BJP candidate Jamyang Tsering Namgyal had a lead of over 3,000 votes over his Congress rival, Rigzin Spalbar, while the Zanskar segment was still being counted.

The first to react to the imminent landslide victory of the BJP in the nationwide Lok Sabha elections was former Chief Minister Omar Abdullah.

“So the exit polls were correct. All that’s left is to congratulate the BJP and NDA for a stellar performance. Credit where credit is due PM Modi Sahib.

“Amit Shah put together a winning alliance and a very professional campaign,” he tweeted.

Counting of votes for the six Lok Sabha seats spread over the Kashmir Valley as well as Jammu and Ladakh regions started on Thursday morning under tight security. (Agency)