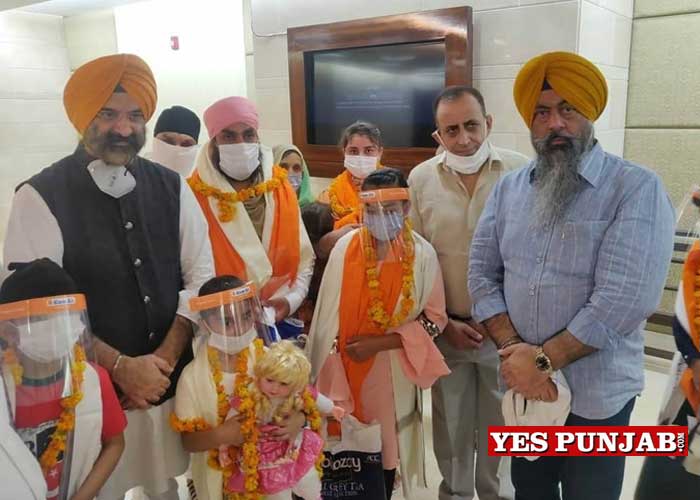 The Delhi Sikh Gurudwara Management Committee (DSGMC) and the Shiromani Akali Dal welcomed first batch of Sikhs from Afghanistan at Delhi Airport today. After facing huge harassment at the hands of Taliban these Sikhs have come to settle down in India.

Disclosing this to the media on the occasion, the DSGMC President Mr. Manjinder Singh Sirsa and General Secrtary and President of the Delhi unit of the SAD Mr. Harmeet Singh Kalka disclosed that the DSGMC will provide shelter to these persons.

Those who arrived today included Nidan Singh, Makand Lal, Sunmeet Kour, Balender Singh, Charan Kour Singh, Balwan Kour Singh, Gorjeet Singh,Malmeet Kaur, Mandeep Singh, Ponam Kaur and Parwin Singh. A man which was abducted in Afghanistan and was reunited with the family when the Sikh community had taken up this matter at International level also was part of delegation which arrived today.

Describing their life in Afghanistan, these persons disclosed how they were tortured mentally and physically by the Taliban and other radical elements and nobody was there to help them.

They said that beef was being sold in front of Mandir at different places and they were highly disturbed with their lives there. They said that they are thankful to Indian Government and Mr.Sirsa particularly who helped to bring them in India to settle down.