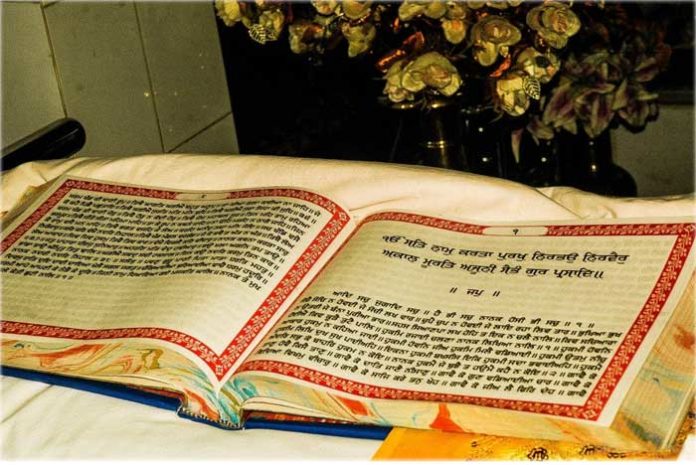 Shiromani Gurdwara Parbhandak Committtee Amritsar and DSGMC Delhi has only exclusive and legal rights for publication of the authentic version holy scripture Guru Granth Sahib ji along with other Gurmat literature, (philosophy of the Gurus) worldwide, The SGPC controls all rights for the legal printing of the Granth Sahib which is now done in Amritsar and New Delhi only in entire world.

The DSGMC has set up new machine in a bid to keep pace with latest printing technology in the world and meet international standards in printing technologies. The Sikh holy scripture Guru Granth Sahib ji is integral part of Sikh ways of life in day to day life besides it is used at the time of marriage,birth and death by Sikhs worldwide .

The Holy Guru Granth Sahib ji will be made available to sikh devotees on subsidized rates and besides it sikh literature like calender , dairies etc will also be published in the new printing press to propagate the Sikhism said Sh Manjinder Singh Sirsa ..President Delhi Sikh Gurdwara Management Committee here today .

The new Press will be changed from analogue to full digital press; from conventional to computerized print operations and from monochrome press operation to a full process quality colour printing operations which is capable of not only of good quality in minimum time but also high volume delivery.

The 1,430-page Holy Guru Granth Sahib ji which consists of holy verses of Sikh Gurus and 30 other saints like Kabir, Ravidass, Namdev etc will be printed and delivered to devotees in accordance to strict adherence to the ‘Reyat Maryada’ (Sikh religious code of conduct)

. The Guru Granth Sahib is living Guru for Sikhs. It is seen by the Sikhs as the Guru incarnate. The sacred Guru Granth Sahib is regarded as the body of the Guru and is kept on a raised platform under a canopy, covered in clean clothes. Devotees have to be barefoot with their heads covered before bowing before holy Guru Granth Sahib ji said Sh Manjinder Singh Sirsa President DSGMC here today.