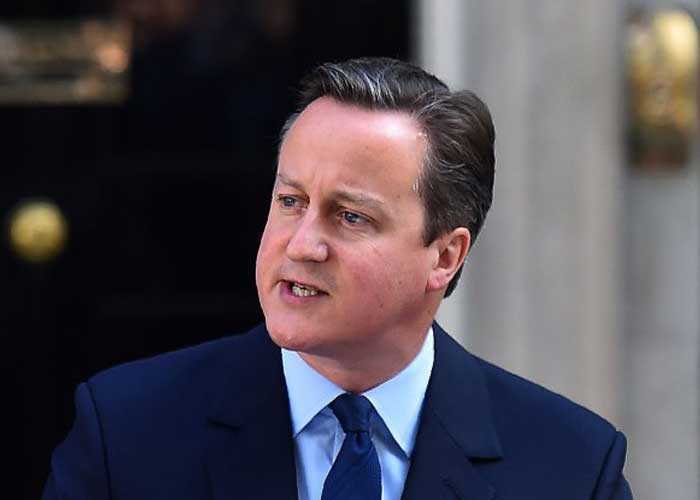 Former British Prime Minister David Cameron has revealed that he asked whether the Queen could “raise an eyebrow” about the prospect of Scotland voting for independence.

Reflecting on his rise to power and six years in Downing Street in “The Cameron Years”, a two-part BBC documentary, the former leader said the Queen’s words on the issue were “very limited but helped to put a slightly different perception on things”.

He told the BBC that he sought help from royal officials days before the 2014 Brexit referendum vote amid “mounting panic” he may lose.

In the run-up to the September 18, 2014, poll on Scottish independence, it was reported that the Queen was concerned about the possibility of Scotland opting to sever the 300-year union with England and Wales.

Cameron, who agreed to hold the independence referendum in the face of opposition within his party, said there followed urgent conversations between advisers in Downing Street and Buckingham Palace to figure out how the Queen could comment while still remaining within the constitutional boundaries of neutrality.

What was discussed was not “anything that would be in any way improper… but just a raising of the eyebrow even… a quarter of an inch”, he said.

The Queen later urged people to “think very carefully about the future”.

The comments, made to a well-wisher outside a church on the Balmoral estate, were one of the main talking points of the referendum campaign.

Scotland went on to reject independence by a margin of 55.3 per cent to 44.7 per cent, a result which Cameron said left him “blissfully happy”.

“The Cameron Years”, which begins on Thursday, examines the former Prime Minister’s modernisation of Conservative Party, his decision to enter a coalition with the Liberal Democrats after the 2010 election and the fallout from 2016 Brexit referendum, which led to his resignation.

Cameron said in the documentary that he “broods” every day about the Brexit referendum and its consequences and that then then London Mayor Boris Johnson “agonised” over his position and “did not really want to leave” the European Union (EU).

His long-awaited memoirs, entitled “For The Record”, was also published on Thursday.

In excerpts published by the Times last week, he accused Johnson and Michael Gove of behaving “appallingly” during the Brexit referendum.  (Agency)