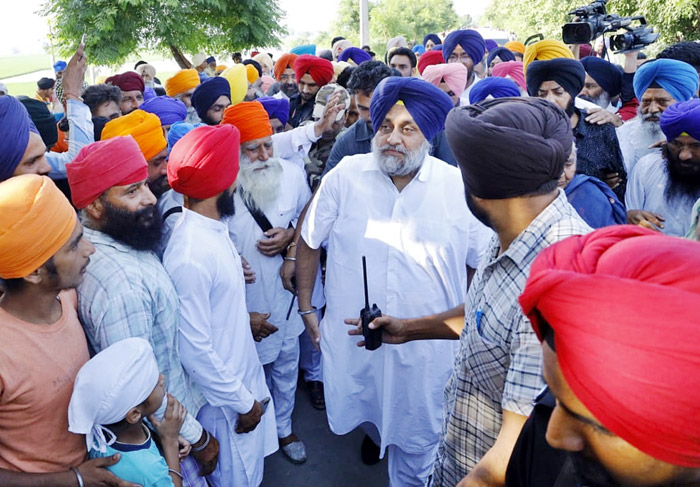 Shiromani Akali Dal (SAD) president Sukhbir Singh Badal today said the Congress government was directly responsible for the misery wrought on Punjabis due to devastating “floods” because it did not conduct the required flood protection works besides failing to check illegal mining which had eroded river embankments.

Talking to newsmen here after visiting flood affected areas at Ahli Kalan, the SAD president said the Congress government ignored flood protection works and did not get the same done three months back as required. He said the government’s preparation was also exposed one month back when embankments broke at various places flooding farmer fields. “Even then money was not released to deputy commissioners to complete flood protection works”.

Mr Badal said illegal mining had eroded river embankments at several places. He said the government machinery had failed to check illegal mining because it was patronized by Congress leaders. “This has also been a major contributor to the unprecedented flooding experienced in this belt”, he added.

The SAD president said the Congress government had also failed to take notice of appeals by the Bhakra Beas Management Board (BBMB) to utilize Bhakra dam waters for irrigation purposes. He said the Bhakra dam was filled adequately in May itself and the authorities had requested partner States to avail of additional water for irrigation purposes. “The government did not avail of this opportunity to avail extra water and instead farmers at canal ends faced acute water shortage”.

Mr Badal said the Congress government did not even react appropriately to the warning given by BBMB on August 13 that it would be constrained to release water from the Bhakra dam on August 17. He said the government should have taken measures at weak points besides sending relief material in advance to take care of any eventuality. 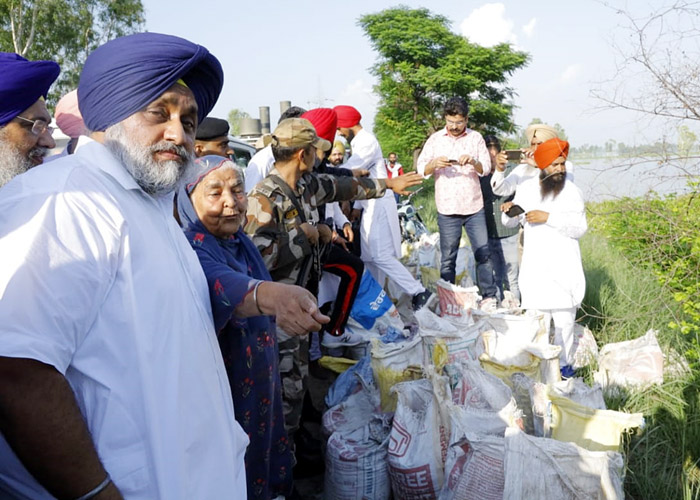 Replying to a question, Mr Badal said crores were available to the Punjab government under the central government’s Disaster Management fund. He said the government should avail of funds under this head instead of trying to politicize the issue to hide its own failures. He said asked the government to wake up from its slumber and take steps needed to ensure people did not suffer from such horrors again. “Two and a half years have passed. The Congress government has done nothing. It should start working instead of making announcements”, he added.

The SAD president also interacted with the people at Ahli Kalan as well as visiting other villages. The people expressed resentment at the Congress government for failing to take advance measures to save them from flooding besides stating that the SAD-BJP government under S Parkash Singh Badal had always deputed funds for flood protection measures. The SAD President was accompanied by SGPC President Gobind Singh Longowal who detailed relief measures being taken by it. Others present included Balwinder Singh Bhundur, Bibi Upinderjit Kaur, Bibi Jagir Kaur and Manjinder Singh Sirsa.