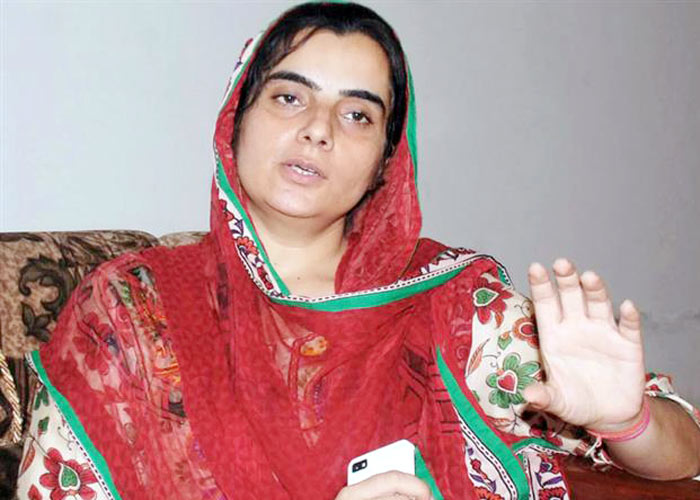 The Aam Aadmi Party (AAP) Punjab chief spokesperson and MLA, Prof Baljinder Kaur, and Meet Hayer (MLA), while sympathizing with the aggrieved families of the soldiers, who attained martyrdom in the line of duty in the inhospitable Siachen Glacier, have demanded that governments of Punjab, Himachal Pradesh and the union government, should implement the policy on payment of compensation to the families of the martyrs, as being paid by the Arvind Kejriwal Government in Delhi.

In a statement issued from party headquarters in Chandigarh on Thursday, Meet Hayer and Prof Baljinder Kaur said that while the sacrifices of martyrs could not be repaid in terms of money, the governments needed to be more sensitized to protect the families of the martyrs against financial hardships.

Citing the example of Kejriwal-led Delhi government, the AAP leader said it had been offering spot compensation worth Rs one crore in the event any personnel of the army, paramilitary forces and the police, who attained martyrdom in the line of duty.

He added that three of the four soldiers killed in the Siachen glacier, Maninder Singh, Virpal Singh and Dimple Kumar belonged to Punjab while Manish Kumar hailed from Himachal Pradesh.

The AAP MLAs demanded from the Capt Amarinder Singh government and Himachal Pradesh governments to provide all facilities to the families of the martyred soldiers, including government job to the next of the kin of the martyres, and pay a cheque for Rs 1 crore to the bereaved families.

Prof. Baljinder Kaur and Meet Hayer lamented that the family of Sukhwinder Singh of Chak Bhai Ke village under Bathinda Parlimentary constituency, who attained martyrdom on March 10, 2018, had been running from pillar, for compensation and government job, saying that the job applications of the martyr’s widow, Karamjit Kaur, seemed to have been consigned to the dustbin.

He added that the local MLA of the Aam Aadmi Party, principal Budh Ram, had raised the issue to the notice of Chief Minister’s office and local administration, but no action had been taken so far.