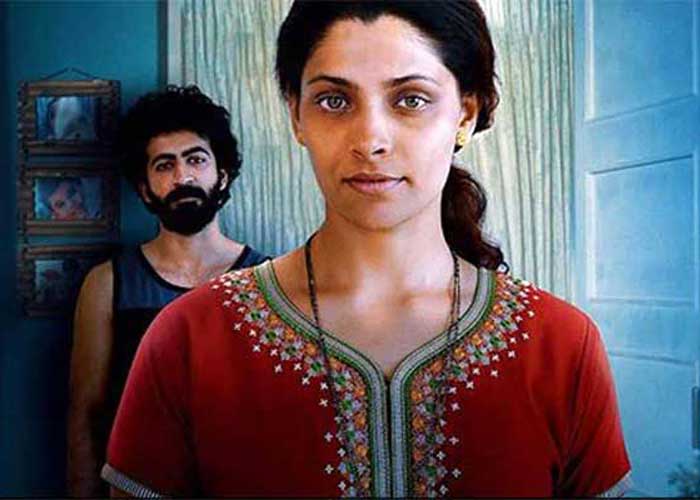 Anurag Kashyap’s new directorial is quite unlike anything he has attempted before. The trademark grim filmmaking is missing, and the filmmaker has opted for the lighter idiom of satire this time. The oddly-titled “Choked: Paisa Bolta Hai” tries building up suspense drama by cocktailing the realism of demonetisation with a bizarre plot of wish fulfilment.

Nihit Bhave’s script is set in suburban middle-class Mumbai of 2016. The story begins in October that year, around a month before the demonetisation of Rs 500 and Rs 1,000 currency notes would take place.

The plot is centred on a family of three — the bank employee Sarita (Saiyami Kher), her unemployed husband Sushant (Roshan Mathew), who is a struggling musician, and their son. Sushant, who can never hold on to a job, has piled up a sizeable debt. Sarita hardly makes an attempt to hide her exasperation and their daily bickering sessions are a staple for the neighbours.

Twist in the tale comes when Sarita one night discovers the drainpipe below their kitchen sink is overflowing. It spits out more than much, actually — the filthy water tosses out neatly-packed bundles of currency notes, too. What’s more, the accidental largesse of fate isn’t a one-off coincidence. It starts happening every night.

What follows is meant to be a gripping saga of secrets and cover-ups, though Kashyap throws in an expected dose of comment between the lines, too. Sarita’s ready willingness to make best use of her freak fortune, without stopping to bother about reason or consequence, underlines a world where money is all that. When demonetisation happens out of the blue, Kashyap gets a chance to take a few sly political jibes at “achhe din”.

Doubtless, “Choked” touts the right intentions — as an entertainer and as a vehicle for socio-political comment.

Yet, it all starts to meander after a point. A runtime of below two hours starts feeling too stretched, and for a film that primarily tries regaling as a suspense drama that bit is a downer. “Choked” somehow lacks the familiar Anurag Kashyap touch of assuredness.

The glitch becomes all the more evident because Kashyap did have a cracker of an idea at hand. The film held all the promise of being an all-out winner — as a satire and as an entertainer.

Still, the effort makes for a hearty one-time watch, primarily for a brilliant cast. For Saiyami Kher, being Sarita was the assertion she needed in order to prove that her debut act in “Mirzya” is a nightmare best buried in the past. Saiyami gets Sarita’s middle-class working woman/homemaker body language admirably right, just as she impresses exuding the protagonist’s silent angst over a past failure in life. The particular incident of her past is interestingly used in the story to justify her recklessness, as she goes about with her get-rich-quick mission.

Roshan Mathew as Sushant and Upendra Limaye as Reddy the shady moneylending tough are a delight to watch, but the firecracker in the cast has to be Amruta Subhash. Playing the friendly neighbourhood ‘tai’, she delivers the scene of the film — watch her reaction when the news of demonetisation hits her, it’s priceless.

“Choked” scores with a superb idea a cast that delivers with gusto. With a little more pace and storytelling punch, this could have been the season’s wackiest OTT entertainer.  (Agency)